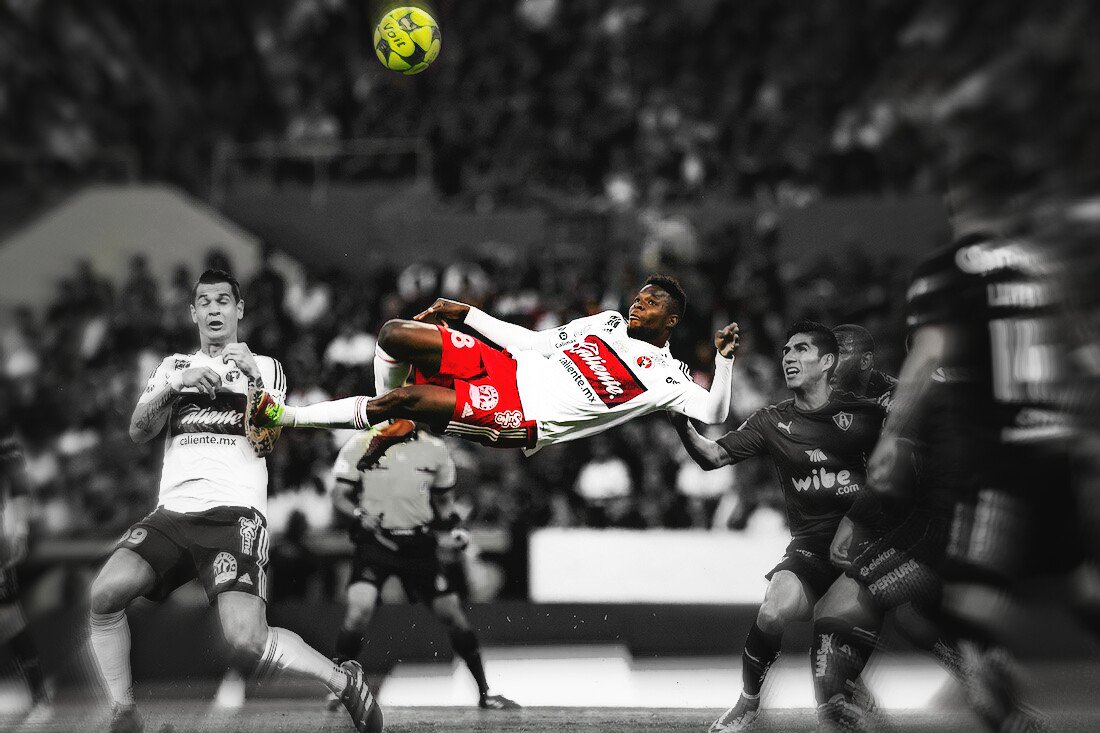 Liga MX returned after the international break, with a fairly uneventful jornada. There was still plenty to learn from the weekend’s action though, and one stand-out moment. Tom Harrison reviews jornada 12.

Missed any of the action from #J12CL2017 ? Here are all the results! pic.twitter.com/ebcoJ64uer

Veracruz stay in the relegation battle

Veracruz were beginning to be written off at the bottom of the relegation table, but a three-one victory over Cruz Azul has boosted hopes of survival.

Los Tiburones Rojos went into the match with a new, well, returning, head coach, Juan Antonio Luna, but an empty stadium. Veracruz were forced to play this match behind closed doors after the distressing incidents during the Tigres game.

At half-time, it looked like Veracruz were heading for a crushing defeat. After missing a penalty, Jorge Benítez finished off Ángel Mena’s cross to send the visitors into the lead.

But they fought back in the second period, Eduardo Herrera grabbing his third goal at Veracruz.

The sharks have often been able to find late goals in previous seasons, and got a crucial couple on Friday night. Not long after Benítez missed a chance to put Cruz Azul ahead, Edgar Andrade found the back of the net from a genius lobbed attempted, giving his side the lead with nine minutes to spare.

ICYMI: Here was Edgar Andrade's GOLAZO that gave @ClubTiburones the 2-1 lead in the second half. #LigaMXEng pic.twitter.com/VSV0iEXIA6

The result leaves Veracruz just two points adrift of Morelia, who drew with Chivas on Saturday, and three points off Chiapas, who lost three-nil to Pumas. We look set for an exciting relegation battle.

Atlas and Tijuana play out three-three thriller, as Hurtado scores golazo of the season

The most entertainment this jornada was at Estadio Jalisco, where a six-goal thriller took place.

Both Atlas and Tijuana were missing their defensive midfielders; Luis Robles and Rafa Márquez for Atlas, Guido Rodríguez for Tijuana, and it was highly apparent. The match was ridiculously open from the first minute, with neither side’s defence receiving much protection.

Atlas took the lead early on as Matías Alustiza capitalised on poor handling by Gibran Lajud, but Los Xolos responded quickly, in the most remarkable fashion. Avilés Hurtado met an out swinging corner with a perfectly struck chilena, which ended up in the top corner of Miguel Fraga’s goal. Golazo of the season, and potentially a contender for the FIFA Puscas award. It was that good.

Hurtado gave his side the lead in the 38th minute, tapping in after Milton Caraglio used his physicality to set him up, but Atlas made it two-two before the break. Aided by Jorge Ortiz’s awful attempted challenge, José Maduena finished after showing impressive quick-feet.

Los Rojinegros had the better of the second-half, particularly after Jorge Ortiz’s roja, but a converted penalty for either side, and a missed one by Atlas, ensured that the points would be shared. Extraordinarily, all three penals were given for handballs.

Alustiza scored Atlas’ first penalty, and stepped-up for what would have been his hat-trick goal, and an 89th minute winner. El Chavo attempted to send Lajud the wrong way, as he did for his first penalty, but the Tijuana keeper outsmarted Alustiza on the occasion, and earnt his side a point.

América see off Monterrey for their third win in four

América were once again not particularly impressive, but found a way to win a tight game against Monterrey. Another important win for Las Águilas, who sit in seventh place, and look much more likely to make liguilla than they did a few weeks ago.

That is it from the Azteca!! Ricardo La Volpe hangs on for his first win vs MTY in 17 years

Oribe Peralta was once again the hero for América. El Cepillo got himself into the perfect position to take advantage of Osmar Mares’ poorly-struck volley, and tapped home the only goal of the game.

Monterrey had more possession, but América’s defensive solidity prevented Los Rayados from creating many meaningful chances. “Turco” Mohamed’s side managed fewer shots on target and fewer attempts from inside the box than América on Saturday night.

Club América suffered their worst start under Pelaez, but have stuck with Ricardo La Volpe, and this decision appears to have been vindicated in recent weeks. There are still six jornadas to go, but right now América look set to be players in liguilla, which is a must for fans of Liga MX’s most successful team.

One of the biggest surprises so far this Clausura has been the struggles of champions Tigres. For much of the season, many have felt that Tigres’ struggles have been related to their fatigue after going all the way in the Apertura. The Monterrey side had just two weeks to recover physically and mentally from their liguilla victory.

Tigres have perhaps had the most defined play style for the past few seasons. Ricardo “Tuca” Ferretti focusses on dominating possession through winning it back fairly quickly and taking few risks when they have the ball.

As expected, Tigres lead the league on possession this Clausura, passes completed and pass success rate this season, but they’ve scored just ten goals, despite their star-studded attack. Whilst chances have been missed, they aren’t the worst side in front of goal; Pachuca, Morelia, Cruz Azul and Veracruz have all needed more shots to find the back of the net this season.

Teams have worked out how to counter Tigres’ style, particularly at El Volcán. Ferretti’s side have just five points from five home games, and excluding the América game, they’ve scored just once at home.

Away sides, even León, who often play a pressing style under Javier Torrente, set up to frustrate. They sit deep, keep narrow, and reduce spaces in the final third. Tigres have great difficulties in attempting to break this tactic down, with their slow, cautious approach making life easy for defensive opponents.

So far, Tigres-León is like the vast majority of Tigres home games. León have gone to sit deep and frustrate, not press high. #ligamxeng

Ferretti adapted during the Apertura liguilla. He focussed less on possession, hit sides with quick counters and took more risks, including playing Lucas Zelarayán at centre-midfield.

This style change led to Tigres becoming champions, and if they’re to repeat that achievement, Tuca may well need to alter things. Right now, a liguilla place is very much in doubt.

Toluca moved back to the top of the Liga MX table on Sunday as they beat Necaxa by two goals to nil.

In a close encounter, the main difference between the two sides was how many players they committed to attacks. Toluca, the favourites, pushed players forward throughout the 90 minutes in search of goals, whilst Necaxa adopted a more pragmatic approach. Los Rayos kept their shape whilst in possession, with full-backs and midfielders rarely supporting their front three in the final third of the pitch.

Toluca’s attacking approach paid off, as it was their right-back which created the crucial first goal. Rodrigo “Stripper” Salinas played a clever one-two with Gabriel Hauche before his cross was turned in by Necaxa’s Jesús Chávez.

Forward-thinking also played a part in the second goal, which sealed the points for Toluca. Instead of holding his position, midfielder Erbín Trejo broke in-behind the Necaxa defence, latched onto a Sinha through ball, and found the far corner.

Necaxa matched Toluca in many aspects of the game, and played some quality, flowing football at times, but failed to cause Alfredo Talavera many problems, as they didn’t commit enough men forward. Toluca, meanwhile, were more attack-minded, and went away with three points as a result.

GOLAZO of the season. Sit back and enjoy. #ligamxeng https://t.co/77sQOHfl9U