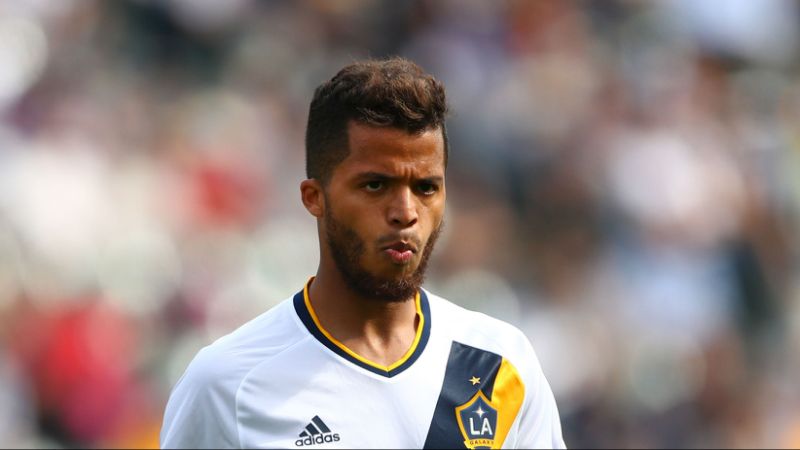 Gio Dos Santos is seen everywhere. He appeared with Conan during his “Hecho En Mexico” special a few weeks ago. All along the outside of the StubHub there are posters with his picture on it. Pamphlets and social media sites for the Los Angeles Galaxy highlight his presence on the team.

But for now, Gio Dos Santos is missing from probably the most important place a player could be: the soccer field.

The Mexican striker suffered a “minor hamstring injury” in Galaxy’s second season match against the Portland Timbers on March 12th. His status is “day to day” and he missed the team’s match against Real Salt Lake on Saturday, where the LA Galaxy got their first victory of the season in an exciting 2-1 win.

On March 16th, Juan Carlos Osorio’s call-ups for the upcoming World Cup Qualifiers against Costa Rica on March 24th and Trinidad & Tobago on March 28th were announced and Gio was left out of the roster.

The absence was a probable result of the injury announcement made by Curt Onalfo after the Portland match and Dos Santos is not the only Mexican player that succumbed to an injury so close to the qualifiers. Just days before the qualifiers, Andres Guardado was reported having an injury on his left leg. Marco Fabian opted out of being called because of an injury that left him out of playing time for weeks.

But prior to the start of the 2017 MLS season, Gio had been out for five weeks. It was the reason he was able to go have fun and make appearances on Conan’s special. The first game against FC Dallas he proved to be a strong presence for the team not just offensively but helping out defensively as well. However, the lack of playing time seemed to have affected him in the second match, resulting in the injury, his substitution and his indefinite absence with the team.

The upcoming qualifiers, plus the five weeks off before the season and now his injury leaves him in a very unfortunate place fitness wise and performance wise. He only had one game to really find his footing after such a long break and it was paired up with lots of inexperienced players who seemed to have figured it out after his injury. El Tri’s matches could possibly work in his favor if the batch of strikers called up do not deliver although the likelihood of that seems dismal. Javier ‘Chicharito’ Hernandez’s performance leading up to this week has been strong. Oribe Peralta gained some confidence over the weekend in America’s 3-2 comeback over Pumas. Carlos Vela consistently gets playing with Real Sociedad. Then you have Raul Jimenez and Orbelin Pineda as options for Osorio and Gio’s required presence slowly starts to fade.

The international break is now in full effect. The Los Angeles Galaxy got their first victory without him. When Mexico plays on the the 24th and the 28th and possibly gets victories in these two games, the necessity for him might dwindle. It’ll be up to him to show what he’s capable of when he returns from injury.