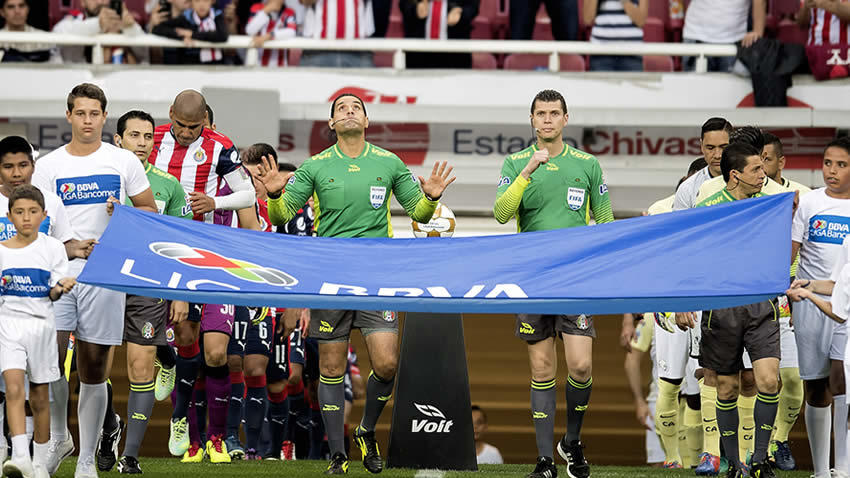 With the AMA’s strike officially over and Liga MX returning, the Liga MX and FMF leadership and the AMA (Mexican Referees’ Association) came rather quickly to a historical decision and one that will certainly have lasting impact. (Disclaimer, I wrote something about it HERE.)

First and foremost, strikes that are organized and sudden in the way the AMA organized its strike worked. And Liga MX and FMF, along with the Appeals Commission, came to a decision in a matter of days. Although Toluca and Club America are not happy about losing key players, the length of the ban is enough where the team can make plans to transfer both Aguilar and Triverio out of Mexico in the summer 2017 and winter 2018 transfer windows. (It becomes easy for them to offer both players to teams outside of Mexico on a year-long loan in the summer, and both Aguilar and Triverio would not have to go a year without regular game minutes. But if Aguilar and Triverio have officially put down roots in Mexico (started families) with the intent to stay, the small matter of moving elsewhere may be harder for their spouses (or partners) and children.)

The fact this strike worked in the way it happened and how suddenly Liga MX owners and FMF/Liga MX officials conceded should give Rafa Marquez a template for what he can accomplish with an organized Mexican players’ union (a sort of FMF Players Association similar to the PFA in England) and what they can get out of the owners.

These can be anything from freedom of movement concerns (like making it easier to leave your first team for another team if it does not seem like you are going to find first team football), points penalties for unpaid wages (and bills), and third-party ownership concerns which are a major concern at the Liga MX level, to player wage and contract concerns in lower divisions, to general player safety and assistance for former players, and just any other general assistance with players.

But they may set about other groups to bring their grievances against the FMF and Liga MX forward in a similar manner. This may include the situation regarding promotion and relegation between divisions on the FMF ladder and solidarity payments and other means of transfer compensation made out to youth teams in Mexico and abroad who do not necessarily field a first team at any level in FMF’s pyramid. On the promotion and relegation front, it could mean that more teams go up and down between the top three divisions, and more teams move between divisions as currently structured. It may also provide for a rethink of relegation and promotion formats to be based only on aggregate point totals during the entire season (Apertura and Clausura) in a manner closer to what’s typically seen in Brazil, Japan, or continental Europe. There are good reasons why further limiting promotion and relegation are a bad idea, and

It might also mean that lower-division and amateur sides may also be able to gain more voting power within the FMF on national matters. Right now, when FMF matters are put up to a vote, no decision can be made without the Liga MX team owners, whose votes are weighted to 50% of the total vote. To accomplish anything virtually requires the vote of consent from the owners. And that voting structure, as well as many other measures which are part of the famous pacto de caballeros, has been in place since the first preparations for the 1970 FIFA World Cup. (There have been extensions and formalities made to the “Gentlemen’s Agreement” over time.)

It also means those measures might happen without lawsuits in Mexican federal court. But there are other issues with that which are not necessarily great for this space. However Juan Pablo Garcia wrote in Informador back in December 2015 as to why he thinks “the pact” is still a cancer on futbol mexicano. As a disclaimer, there is still plenty of time and there are still plenty of moving parts that have to be in place for any sort of fundamental challenge like a challenge to “The Gentlemen’s Agreement” and the FMF business structure to happen.

But even in nations where the pyramid is fully open now, Jonathan Liew recently discussed the ways in which some of the biggest clubs in the world have worked over many years to cut off genuine competition and preserve their advantage in European continental competitions while losing their identity as clubs in a recent piece for The Telegraph. And because these teams are now professional, now to the very well-heeled big business side, it may be a harder fight to break the “Gentlemen’s Pact” or similar arrangements than one might get.

But the FMF’s concessions to its referees are still sending a supernova through the high-revenue footballing world.

The decision on the severe punishments for Enrique Triverio and Pablo Aguilar are the first by a soccer league with teams as wealthy and big as the ones in Liga MX against significant players for big teams, and against the interest of owners and directors of big, highly-popular teams.

In a statement, the World Anti-Doping Administration (WADA) praised the Appeals Commission’s decision, saying the resolution was a “precedent for order and respect for what happens during the game”.

Although there can and should be more aids to help officials, like the implementation of goal-line technology and additional assistants to help with goal-calls and identifying fouls close to the opponents, the decision to instill severe automatic suspensions for assaulting a referee over a call may be the first significant step in forcing players, coaches, fans, and directors who often blame the referee for decisions that go against them if results do not go their way, to consider other aspects of the game besides refereeing decisions in their post-match assessments.

Amplified in money and scale to the highest-revenue-generating globally oriented teams and top flights in England, Spain, Germany, Italy, France, Portugal, and elsewhere, the stunning decision to incorporate a lot of the referees’ concerns and protections from harassment by players on every potential foul is a warning shot against the constant game of referee-accusation, especially by the highest-played players, famous managers and directors, who want to see every potential penalty call,or foul go their way, and think their reach or brand outweighs the need for fairness and adherence to the principles of the game. (Of course, this is a complaint that’s typically louder in England than elsewhere among the UEFA Top Five, and louder with Barcelona and Real Madrid than with other teams.)

But as Paco Jemez noted in an interview on the Spanish radio program El Transistor, making these suggestions may be making a false equivalency because in Europe, and Spain in particular, players, managers, and directors cannot harass the officiating crew in the same way.

“The referees believed that the incidents (involving Aguilar and Triverio) were assault and the Disciplinary Committee thought they were intent, which meant the sentence was halved,” the Cruz Azul manager explained. “What happened is that the referees saw that the players were treating them bad and their disciplinary committee didn’t support them. In Mexico, coaches are allowed to say more things to the referee than what is allowed in Europe.”

A failure to enforce some modicum of protection of referees also has other consequences, like referees becoming more timid in booking players or assessing fouls, and thus being unable to keep control of the match. This would make players, especially less-skilled players or “pure destroyers” or instigators, more emboldened to make more aggressive, higher challenges for the ball, and go after each other (or other coaches). It would not only injure players badly, like it has done to Hirving Lozano, Renato Ibarra, and Isaac Brizuela among others, but it would communicate to younger players that their ball and tactical skills aren’t as valued as their aggressiveness and physicality. And it could lead to a Mexican style-of-play down the road that’s closer to the styles of play espoused by Honduran, Salvadorian or Guatemalan teams.

But there’s also a catch. Referees may end up calling the game too close to the book, and that could favor a game where “mastering the dark arts,” including diving, are much more vital. Some players, who might be less competent or unwilling to take part in “the dark arts” or gain the malandragem required to be successful as a futbolista to feel an unhealthily high sense of entitlement to a foul or anything that is slightly off from what they had expected. That could more result in a football culture that is too gentrified to be compelling, like soccer culture dominant in the United States. [Even in the United States, with its more gentrified soccer culture, refereeing decisions have not necessarily prevented Giovani Dos Santos from sustaining a significant lower body injury early in the Major League Soccer season.]

That balance, thankfully, can be examined for another day. That is if people are not reacting to the warning shot.

[Credits: Paco Jemez quotes were translated by Juan Arango. Quotes from the WADA were first printed in MedioTiempo, and that original article is linked to this column.]