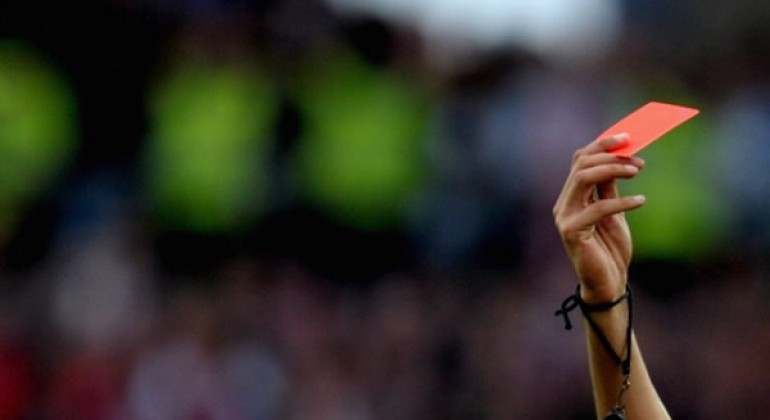 After a jornada which saw seven red cards dished out in nine games, Liga MX referees have received plenty of criticism. I take a different view. Whilst I can’t say that refereeing in Mexico is always up to a good standard, and can’t deny that mistakes are made, I applaud the strictness of Liga MX referees.

One of the main reasons why Liga MX is loved by so many is the number of flamboyant, skilful players that put on a show for us every week. In previous years, before a crackdown on tackles from behind and studs up challenges, defenders had a simple method of dealing with silky dribblers. Break them, both physically and mentally, with rough play.

Across the world, refereeing has become stricter in the past 20 years, particularly after the outlaw of the tackle from behind in the 1998 World Cup. The aim of stricter refereeing is to protect players that want to take on defenders with their skill and pace, and to ensure that skill beats roughness.

In Mexico, referees have gone further than their counterparts in most other countries, particularly in Europe, with no tolerance on tackles that could be described as using “excessive force”. This is why we see so many red cards dished out in Mexico’s top flight.

When I started watching Liga MX, the number of reds was my main complaint. I became fed up of seeing exciting games made uneven by referees harshly sending players off. But over the years, my view has changed.

I now see the benefit of strict refereeing in Mexico, which tries to protect skilful dribblers and ensure that technique beats roughness. It’s potentially a major factor in explaining why Liga MX offers us more dribbles per pass than the English Premier League and German Bundesliga.

Furthermore, a no nonsense policy to rough tackles helps to save players from potentially lengthy injuries.

The emphasis, and blame, should now turn to the players, not the referees. Liga MX referees have been this strict for a long while now. Players should know how games are officiated, and they need to adapt their style if we are to see less red cards.

Take the Gabriel Penalba red against Pumas on Sunday as an example. Whilst many fans were outraged by the decision, why did the Argentine need to jump into the challenge with two feet? Yes, he didn’t make much contact, but by performing that action, he’s given the referee a decision to make. In showing Penalba a red, the official has potentially saved a player from receiving a nasty injury if the Cruz Azul midfield was to make a similar challenge later in the match.

Another good example from last weekend was the roja for “Gallito” Vázquez. Vázquez has played long enough in Liga MX to know that flying into a tackle with your studs up will only ever result in a sending off. Why he chose to make that challenge is beyond my understanding.

Refereeing in Liga MX has plenty of issues, and could certainly improve, but I applaud their general strict attitude towards tackles that could be dangerous. Liga MX officials are harsh, but help prevent lengthy injuries, and protect the skilful, flamboyant players that make the league so exciting to watch. Players should know this stance by now, and if we continue to see a huge number of red cards on a weekly basis, my finger will be pointed at the players, not the referees.