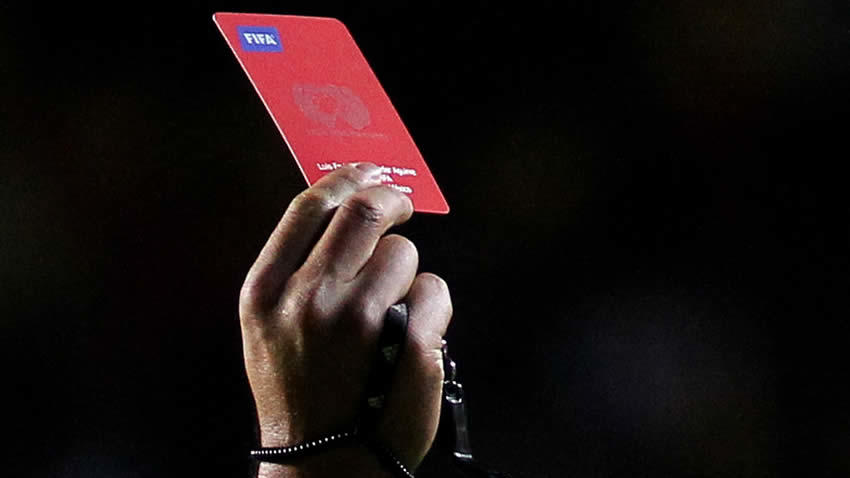 By about 6:30 PM local time, Anibal Ruiz, one of Puebla’s assistant coaches under Jose ‘Saturino’ Cardozo, collapsed close to the pitch and passed away. Ruiz, 74, originally from Salto, Uruguay, had taken on the job as manager of Los Tiburones back in 2007 after leading the national team of Paraguay to the 2006 World Cup, and had famously led Paraguayan club Olimpia de Asuncion to the Supercopa Sudamericana title in 1991.

After Ruiz collapsed and emergency medical staff were unable to revive the Uruguayan, officials called a halt to the match proceedings, with buses escorting Puebla’s playing and technical staff back to their hotels preparing to leave the Luis Pirata Fuente by 11:30 PM local time (12:30 AM EST).

But even if Ruiz had not collapsed, La Associacion Mexicana de Arbitros, the Mexican referees’ association, announced that its referees would not work Jornada 10 and go on strike. That also meant that Jornada 10 as a whole is now called off.

The referee strike, which was announced by FMF at the time it revealed Disciplinary Committee sanctions against Rubens Sambueza, Enrique Triverio, Pablo Aguilar, and Ricardo Pelaez, (as well as perceived disrespect by players) appears for now to only stop Liga MX’s Jornada 10. For now, Ascenso MX teams are still playing out Friday night’s slate of games, as are teams in La Segunda Division (which contains Mexico’s third and fourth division) and La Tercera Division (Mexico’s fifth division).

The referee strike is believed to have come in protest of the arbitrarily heavy ex post facto bans against Enrique Triverio (8 games), Rubens Sambueza (8 games), and Pablo Aguilar (10 games), but also the slap-on-the-wrist penalty handed to Club America’s technical director Ricardo Pelaez ($7,500 USD fine). Although the match bans are for Liga MX games only, these bans also mean that the players banned will miss at least the rest of the Clausura 2017 regular season.

For now, the walkout of arbitros is indefinite, with regards to Liga MX games. And in combination with rumors that Enrique Bonilla sought out advice from MLS officials at their headquarters in New York City on how to end promotion/relegation in the Mexican period (and rumors of the proposals coming to fruition ahead of 2017-18) or run a disciplinary committee, that football in Mexico’s “top flight” is about to become a whole lot less just.

The AMA and FMF are continuing to negotiate over a deal. There had been reports of FMF bringing in foreign referees to officiate the remaining Jornada 10 games, if they had been on. But those reports were denied by sources close to the negotiation.

And La Franja are expected to return to Puebla tonight. A proposition of their game against Veracruz being played on Saturday, March 11 is not being considered, even if a solution to the dispute between Liga MX / FMF and the referees’ association were resolved tonight.

UPDATE 3: With more clubs announcing that their games have been suspended, Liga MX officially announced in a press release that all games in Jornada 10 to be played this weekend are officially suspended.

UPDATE 4: Liga MX U-20, U-17 matches yet to take place this weekend have also been called off due to the referee strike. AMA is also reported trying to get referees working Ascenso MX Jornada 12, and lower division (Segunda Division, Tercera Division) games to go on strike as well.

UPDATE 5: Tercera Division matches this weekend will proceed as normally scheduled for now.

The AMA has officially given their reasoning for striking in a statement, in which they say that they went on strike because Pablo Aguilar’s actions warranted a harsher punishment according to the rule-book. The referees also informed Hector Gonzalez Inarritu, president of the FMF Referees’ Comittee, of their decision. (Tweet via Nico Cantor.)

And in a short video, former referee Marco Antonio “Chiquimarco” Rodriguez argued that Aguilar’s 10-game ban was justified according to the rules of the game even though there did not appear to be any video evidence from the incident that showed the Paraguay international shoving the referee. You can watch the full explanation in the video below (in Spanish).

UPDATE 8: Liga MX owners are set to meet Sunday to discuss the matters. And there’s a correction to the earlier note. The referees striking did not think the punishments against Pablo Aguilar and Enrique Triverio matched their understanding of the rules of the game. The AMA is still holding firm.

UPDATE 9: I wrote about what could happen if the referees’ strike is prolonged on Medium, especially if it goes beyond Jornada 10 and the Copa MX games.

Yell at us or each other below.