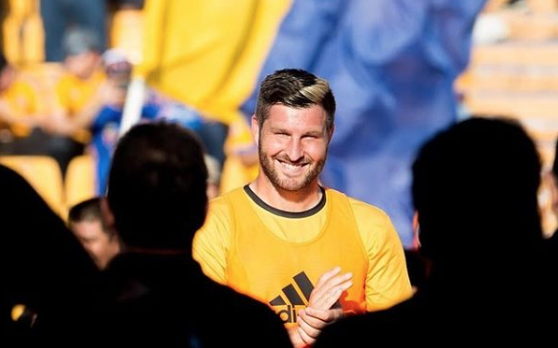 This weekend, Tigres set out to honor André-Pierre Gignac as their new all-time leading goalscorer. A lot was made in the media about Gignac possibly being the best “extranjero” or foreigner to ever play in the league, but that does a disservice to everyone, Gignac included.

No player in recent memory Mexican born or extranjero has been the force that Gignac has been. Fans of every team he has played against have a story or stories about Gignac scoring a goal against them that absolutely crushed their spirit.

How many other players regardless of era have been so dominant for so long? Tigres fans have born witness to this week in and week out since the 2015 Apertura. Four of the club’s seven stars are a direct result of Gignac, and despite him turning 34 in December there’s no end in sight to his dominance.

It’s easy to take Gignac’s brilliance for granted. We’re so accustomed to seeing him make magic that we expect it. You just know he’s going to get that game-winning header. You can feel it when he gets the ball on the left wing, drives centrally, and makes a mockery of some poor defense.

El rey. Le roi. The king. Whatever the language, Gignac’s legacy in Liga MX is secure. He’s one of the best to ever play in Mexico, and we’re all lucky to have seen it.

Morelia 0, Monterrey 1: Despite Morelia playing more than half of the match down a player thanks to a red card picked up by Joaquín “Shaggy” Martínez, this game looked to have been headed for a scoreless draw. The match was also postponed for approximately 45 minutes during the half due to a storm that brought a torrential downpour as well as lightning. Miguel Layún  would be the hero when he was able to corral a loose ball at the top of the box and hit a shot that blew by goalkeeper Sebastián Sosa deep in stoppage time to give the visitors the win.

Veracruz 1, Atlas 2: Veracruz looked like they were going to get their first win in a year, only to see the three points slip to one and then to none. Cristian “Polaco” Menéndez put Los Tiburones on the board first when his header off of a corner kick found its way into the back of the net. In the 39th minute a penalty was awarded to Veracruz, however Colin Kazim-Richards slipped as he took the kick. The kick went wide and Kazim-Richards lie on the pitch in pain. He’d be replaced shortly after. Atlas would level in the 53rd minute when Javier Correa was played in by a wonderful ball from deep. Correa was able to beat his defender and walk in on Sebastián Jurado, firing a shot that Jurado had no chance to stop. In the 73rd minute, there’d be controversy as a penalty was awarded when Jesús Isijara hit a ball that hit Carlos Gutiérrez up high. VAR did not overturn the call and Osvaldo Martínez would convert the penalty to give Atlas their third win in four outings.

Tijuana 1, UNAM Pumas 0: Tijuana looked comfortable at home, defeating Pumas 1-0. The lone goal of hte game came in the ninth minute when Leonel Miranda hit a great through ball up to Miller Bolaños. Bolaños was able to draw goalkeeper Alfredo Saldívar off of his line and out toward him before switching the ball across to the onrushing Camilo Sanvezzo. Sanvezzo struck the ball cleanly to net the game winner.

Querétaro 2, Pachuca 1: A wild game. Edwin Cardona was shown a straight red card in the 18th minute when he got tangled up with Jesús Escoboza and appeared to punch Escoboza in the side of the head before shoving him to the turf. Despite the advantage for Querétaro, Pachuca would score first when Franco Jara hit a chilena from near the penalty spot in the 36th minute. Los Gallos Blancos wouldn’t equalize until the 76th minute when Luis Romo lofted a cross into the box and Alexis Pérez went up and got his head on the ball, tucking it into the far corner past goalkeeper Rodrigo Rey. Jair Pereira would get the game winner in the fourth minute of stoppage when he got to a loose ball in the box that Tuzos simply couldn’t clear out. Pereira got to the ball and poked it past Rey to give Querétaro their third win in four tries.

Cruz Azul 2, Juárez 0: Cruz Azul didn’t play very well but they did well enough to get past Juárez. La Maquina got their first goal in the 63rd minute when Milton Caraglio got the ball deep and managed to pass it past his defender. Goalkeeper Edmundo Vázquez Mellado came out to try and collect the ball but Roberto “Piojo” Alvarado was able to get a touch on the ball and knock it past the prone goalkeeper, catch up to the ball, and kick it into the back of the net. Ten minutes later, Pablo Aguilar would get his head onto a corner kick and his header beat Vázquez Mellado for the insurance goal.

Tigres UANL 3, Necaxa 1: On a day meant to celebrate André-Pierre Gignac, it was Gignac himself who was celebrating. He’d celebrate in the fourth minute when his header off of a pass from Luis Quiñones beat goalkeeper Hugo González. He’d celebrate again in the 17th minute when he (as he often does) took a pass on the left side of the box, cut inside, and tucked the ball back inside the near post. He’d also celebrate in the 22nd minute when he got a pass from Edu Vargas and hit a curling shot that kissed off of the far post before going in. He’d have an opportunity for a fourth a minute later but couldn’t quite hit the shot cleanly. Ventura Alvarado would get to celebrate in the 43rd when his header off of a free kick went in to give Necaxa a sliver of hope, but Tigres was able to control the flow of the match from there and com away with the comfortable win.

Guadalajara 3, Atlético San Luis 0: Another dismal outing from Atlético San Luis, losing 3-0 to Chivas. Chivas would get their first goal in the 14th minute when after two failed clearance attempts by Atleti, the ball wound up at the feet of Eduardo “Chofis” López. Chofis hit a shot that seemed to catch goalkeeper Carlos Rodríguez by surprise, as his diving attempt at a save was comically late. Antonio Briseño was inadvertently kicked in the face by Ian González in the box in the 64th minute, and Alan Pulido would convert the resulting penalty. Another penalty was awarded in the 84th minute and Oswaldo Alanís would convert that to round out the scoring on the evening.

Toluca 0, Club América 1: Not the most convincing win by Club América, but a win nonetheless as Óscar Jiménez got his first Liga MX shutout since November 2016 when he was a member of Jaguares de Chiapas. Renato Ibarra got the game’s lone goal in the 62nd minute when he was able to outrace two Toluca defenders to get to a ball, make some moves, and fire it past Alfredo Talavera.

Santos Laguna 4, Puebla 1: A dominant win by Santos as they remain undefeated and united through their first four games. Ulíses Rivas got the game’s first goal in the 17th on a header off of a corner kick. Julio Furch scores his first of the match in the 29th after Eryc “La Culebra” Castillo made a move that completely lost Alejandro Chumacero before flicking the ball on to Furch for the redirection. Just before the half, Matheus Dória was shown a straight red card for an elbow to the face of Jesús Zavala. While it looked unintentional, the red was justified and Matías Alustiza converted the resulting penalty. Immediately after the start of the second half, Furch was hauled down in the box and converted a penalty to make it 3-1. Even with the player advantage, Puebla didn’t look like they were threatening at all and Santos took full advantage of that in the 88th minute on a brilliant team goal finished by Diego Valdés.