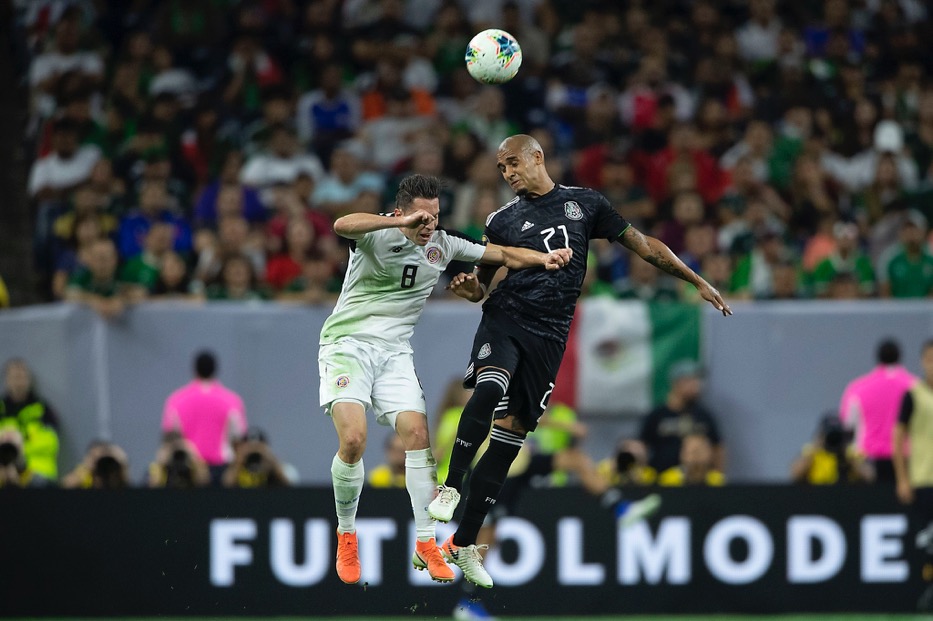 In a game where Mexico looked rattled, El Tri needed a penalty shootout to defeat Costa Rica 1-1 (6-5 in the shootout).

From the buildup into the match, El Tri were caught asleep by a Costa Rica side that were willing to press the 2015 champions head on from the buildup. Despite the physical pressure, El Tri still managed to generate some pressure on Leonel Moreira’s goal early on with Jesus Gallardo and Andrés Guardado among the early protagonists to take a strike on the Pachuca arquero.

But something seems to be missing from Mexico’s circulation as Mexico could not circulate to dismark the Costa Rica defenders and instead either relied on dribbling, crosses, or quick transitions to manufacture their chances. Eventually, in the 43rd minute, Mexico got their breakthrough when Raúl Jimenez finished off a dribbling counter with a shot that beat Moreira at his near post.

But in the opening stanza, the Ticos also managed to generate their danger on Memo Ochoa. In the 37th minute, Celso Borges came the closest when, after beating Carlos Salcedo 1 vs 1, fired a shot from inside the area that beat Guillermo Ochoa but not the crossbar. And on the sequence right before Raúl Jimenez scores Mexico’s opener, Randall Leal broke the Mexico lines and latched onto a ball over the top only for Nestor Araujo to intervene and start the Mexico scoring transition.

The second half saw Costa Rica ramp up its pressure on Mexico’s goal, and continued to take advantage of Mexico’s inability to circulate through the team on that day. And seven minutes into the second half, Joel Campbell won his side a penalty after being fouled by Luis Rodriguez to save what might have been a sure goal. Bryan Ruiz converged the penalty to bring the Ticos back on level terms at 1-1.

As the second half wore on, the clear opportunities for Mexico seemed to dwindle, and at the same time Costa Rica, through Oscar Duarte, Joel Campbell and others, seemed to find them. But both the Mexico defense and Guillermo Ochoa seemed to do enough to hold the score.

In fact, after 30 minutes of added extra time, the match was still tied at 1-1 and required penalties. After Raúl Jimenez’s opening penalty went into Leonel Moreira’s hands, Luis Montes and Roberto Alvarado kept Mexico with a chance of a victorious escape.

Then, after Randall Leal placed his penalty wide of Guillermo Ochoa’s near post, Mexico had their chance to take the initiative. Successive conversions by Jesus Gallardo, Hector Moreno, and Carlos Salcedo put Mexico ahead and in control of the shootout. Then, in the sixth penalty, Guillermo Ochoa parries Keysher Fuller’s low penalty conversion attempt to seal the win.

The win sees Mexico continue their 100% record in 2019, despite the scare. El Tri advance to face Haiti in a semifinal clash in Phoenix. However, they will have to do it without manager Gerardo Martino in the technical area, as “Tata” will serve a one match touchline bane for picking up his second yellow card for leaving his designated area during the match. Les Grenadiers came back from a 2-0 first half deficit to defeat Canada 3-2 earlier in the day, and took advantage of a Canada side that seemed poorly set up from the start and out-strategized as that match went on.

As for Costa Rica, their next action in CONCACAF will be their Nations League opener—a match against Haiti on October 10. And before then, they will host Uruguay in San Jose in a September friendly.