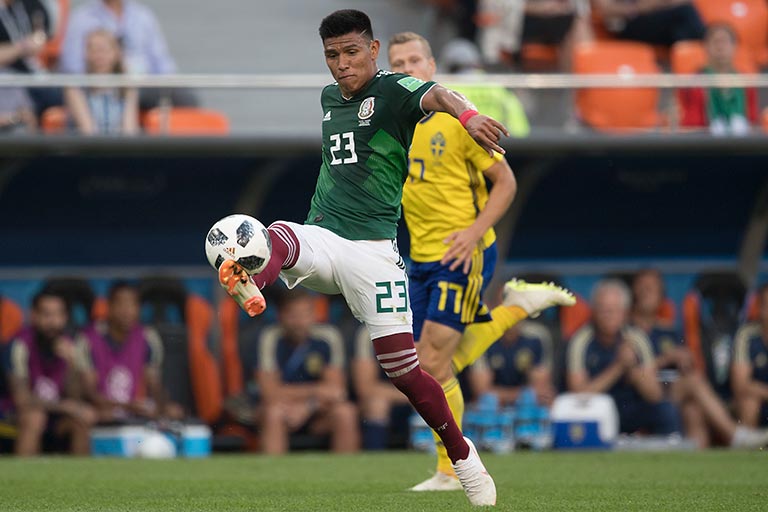 After a 3-0 defeat to Sweden that exposed the team’s strategic flaws and mistakes, El Tri fans had rightfully been thanking Korea Republic for helping their national selection advance to the round of 16 despite the poor result.

Now, against a team obligated to win La Mundial whom El Tri had faced in the 2014 edition of the tournament, El Tri will look for the ultimate shock to get to a fifth game.

The Canarinhas of Brazil are one of the few national teams at the 2018 World Cup who could force teams to play a match on their terms and hurt them despite their best defenses. Press or try to foul the likes of Neymar, Marcelo, Philippe Coutinho, Paulinho, and so forth, and they will use their combination of malandragem and skill to hurt your defense and score goals.

El Tri have been one of the few teams that, like Brazil, teams had tried to hurt by fouling harder, knowing that the potential fear of injury could make an interception in a bad position or a break of marks all the more likely.

As our own Thomas Harrison wrote, Emil Forsberg’s timely presses to take away lanes for Edson Alvarez to attack the Sweden defense while catching the Club America lateral out of a position where he could join the other defenders caused a number of chances that were created against El Tri to be more effective.

But despite the results in Group F, both Germany and Korea Republic found chances on Guillermo Ochoa’s goal precisely by taking advantage of El Tri‘s innocence in how they protected in possession against both counter-attacks from the dribble and directly played long balls.

Brazil represent a much more dangerous challenge. It needn’t not be the artistic Willian, Marcelo, Philippe Coutinho, Neymar, or Gabriel Jesus who presses, intercepts Mexico’s foray forward and exposes the gaps left by El Tri‘s failure to recover after trying to build by triangulating short passes beyond the defensive third and dribbling into trouble.

These are players, like Jesus Gallardo noted in a press conference session transcribed by Zaritzi Sosa with Record about Neymar, whom El Tri players still idolize. “He motivated me with his videos. So far I watch your videos on YouTube,” Gallardo explained.

“In the days before the games I see it, it’s a great inspiration for me. And now it’s weird, I told my teammates since I found out that we were against them: ‘Now who I see is Messi because I can not see him and then go play against him’, “Gallardo continued in a laughing manner.

The strategy might not be straightforward. El Tri must be able to out-think whatever a team that has the collective skill, intelligence, awareness and mentality at every position on the pitch would be able to do in every situation. To make matters worse, although rotaciones were not anywhere near the root cause of the team’s struggles against Sweden and Korea Republic (when they had their struggles), a rotacion forced by Hector Moreno’s mandatory one match ban could reignite the most common criticism of Mexico manager Juan Carlos Osorio.

One player, Marco Fabian, is also under criticism for something that did not have to do with the fútbol. Namely, Fabian appeared to violate the FMF’s policy for players to be “officially neutral” while they represent El Tri when he appeared in a video for a Green Party candidate running for a local position in Mexico City. When Oribe Peralta and Miguel Herrera appeared in advertisements for Green Party candidates in earlier times, they only received a fine of around $200,000 MXN (around $4000 USD for appearing in the videos.

However, Casemiro conveyed in a press conference that Las Canarinhas had the same sense of having to out-think a team that was going to out-think them. In particular, Casemiro offered praise of Juan Carlos Osorio explaining “he is always a tecnico who surprises” according to friends of his from Sao Paulo. “You have to be smart, the Real Madrid volante added, “He has the respect of all of us, because he wants to surprise.”

Whatever the surprises El Tri may want to spring, they must employ them effectively. Thankfully for them, there are plenty of protagonists on the squad who have demonstrated this Mundial that, unlike many teams, they can be individualistic and play within the collective. This was also the dominant theme from El Tri its first two games that the squad will need to replicate under the intense lights of single elimination.

The match kicks off on Monday, July 2 at Samara Arena in Samara at 10:00 AM EDT (UTC -4) / 7:00 AM Pacific DST (UTC -7) and seen on local Fox and Telemundo affiliated stations. For radio options and TV viewing options outside the United States, viewers and listeners can consult LiveSoccerTV for the complete listings for their country.