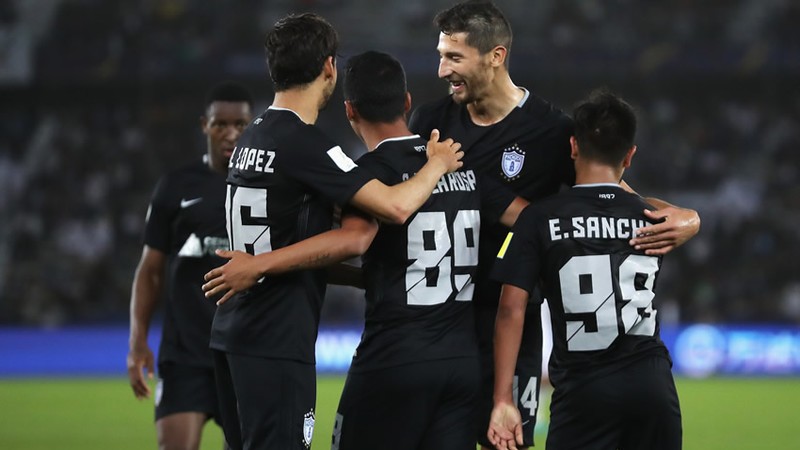 After an added extra time extra time loss to Gremio in the semifinal, Pachuca looked to cement their best-ever Club World Cup finish in the third place match against UAE side Al. Jazira and finish in third place. With a rampant second half, the Tuzos did just that, dispatching Al Jazira by a 4-1 score.

At the start of the match, it was not clear who would get the advantage as both sides had clear chances to take the lead. But as the first half wore on, Pachuca found more ways to catch the Emirati side in lapses of concentration on their defensive assignments with long-passes and deceptive crosses.

And in the game’s 36th minute, Jonathan Urretaviscaya opened the scoring off a quick-developing counter attack.

Al-Jazira found their way back into the match for a moment when Khailfan Alrezzi scored an equalizer thirteen minutes into the second half. However, Franco Jara restored the Tuzos‘ lead two minutes later.

Pachuca continued to pile on the pressure on the Emirati side, with Omar Gonzalez and Angelo Sagal both having shots that beat Al Jazira goalkeeper Khaled Al Sanaani, but not the goalposts and the crossbar.

Eighteen minutes after Jara put the Tuzos in front at 2-1, Roberto De La Rosa extended the Tuzos‘ lead to 3-1 off a through-ball that played the Mexico Under-17 international in 1-vs-1 on Al Sanaani.

After failing to finish several chance throughout the third place match, Angelo Sagal converted a penalty in the 83rd minute to cement the Tuzos‘ status as bronze medal winners.

With a convincing win over their local opponents, Pachuca managed their best-ever finish to the Club World Cup. It was a finish that proved to be deserving, even though it set up by a lot of luck by both their draw and other results in the Club World Cup.

The Tuzos‘ next order of business is to make the long return to Mexico, and prepare for the Apertura 2017 Copa MX final on December 21, when they will travel to greater Monterrey to play the Rayados.

As for Al Jazira, who finish in fourth place in their first-ever Club World Cup and sit fifth in the UAE Pro League table, they travel on December 21 to Ajman to face seventh place Ajman Club.