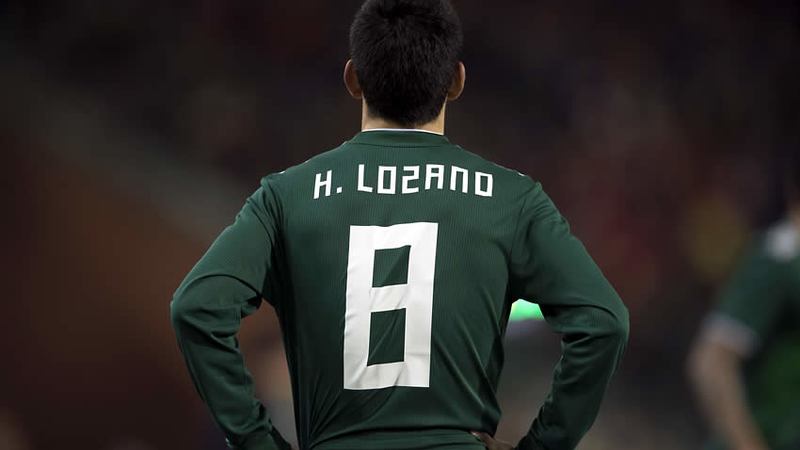 On Monday, November 13, El Tri kicks off its final friendly of 2017 in the Baltic Sea port city of Gdansk against the national team of Poland. But it might seem like a match with a dark context. Four hundred-forty kilometers to the south in Warsaw, as many as 60,000 people converged what was a large independence rally and gathering of young, emboldened white supremacists in Poland (which drew in other demonstrators from Hungary, Spain, and elsewhere in Europe).

Whether the events in Warsaw will affect how El Tri approaches the match against the Eagles remains to be seen. Juan Carlos Osorio has gotten the side to keep to playing bravely and boldly, and to retain their vision and patience in their approach to the game, even under pressure situations. The 3-3 draw against Belgium represented El Tri‘s ability to break its opponents down, but at the same time bearing with goals conceded by technically superior, intelligent players breaking down their defensive structures.

And the Poland national team led by manager Adam Nawalka could seem that way on times on paper. But unlike Les Diables Rouges, The Eagles are not bringing a first-team side on the level of the side that was one of the first European sides to qualify for the 2018 FIFA World Cup. Many stars, including talisman striker Robert Lewandowski who scored more than half of his side’s goals in World Cup qualifying himself, Napoli winger/striker Arkadiusz Milik, Monaco holding midfielder Kamil Glik, and Borussia Dortmund defender Lukasz Piszczek, are not in Nawalka’s squad.

However, that is not to say that Poland would not be featuring a good, technically capable side that could hurt El Tri should they overlook the Red-Whites. 22-year-old winger Przemyslaw Frankowski could be the star among a contingent of 10 locally-based players looking to demonstrate their chops against a Latin opponent, as they look to cement their place on their manager’s final 23-man squad.

This Poland side overall is not experienced on the international stage, with 13 players in the side making six or fewer appearances with the national team. And while two players for El Tri could make their international debut, Poland could hand international debuts to four players. But according to Hector Moreno, Mexico must be aware of how capable these players might be., noting how far Poland’s football had improved in terms of results and visual since El Tri last played them.

El Tri will also not be at full-strength either, with Hector Herrera, Javier ‘Chicharito’ Hernandez, and Giovani Dos Santos joining Jesus Manuel ‘Tecatito’ Corona in the group of players to have left the national team during the international break.

Nevertheless, The Eagles are still an opponent, even without a full-strength El Tri in hand, who are unfamiliar. In their history, Mexico and Poland have only played each other seven times and twice since 1989. In their seven previous meetings, which included six friendlies and one World Cup match, Mexico gone 2-2-3 against the Poles. All two wins and two draws have taken place since 1985.

The match kicks off on Monday, November 13 at 2:45 PM Eastern Standard Time (UTC -5) and can be seen on UniMas and UDN in the United States, and Televisa Deportes Network (TDN), Azteca 7, Televisa, and UnivisionTDN in Mexico.