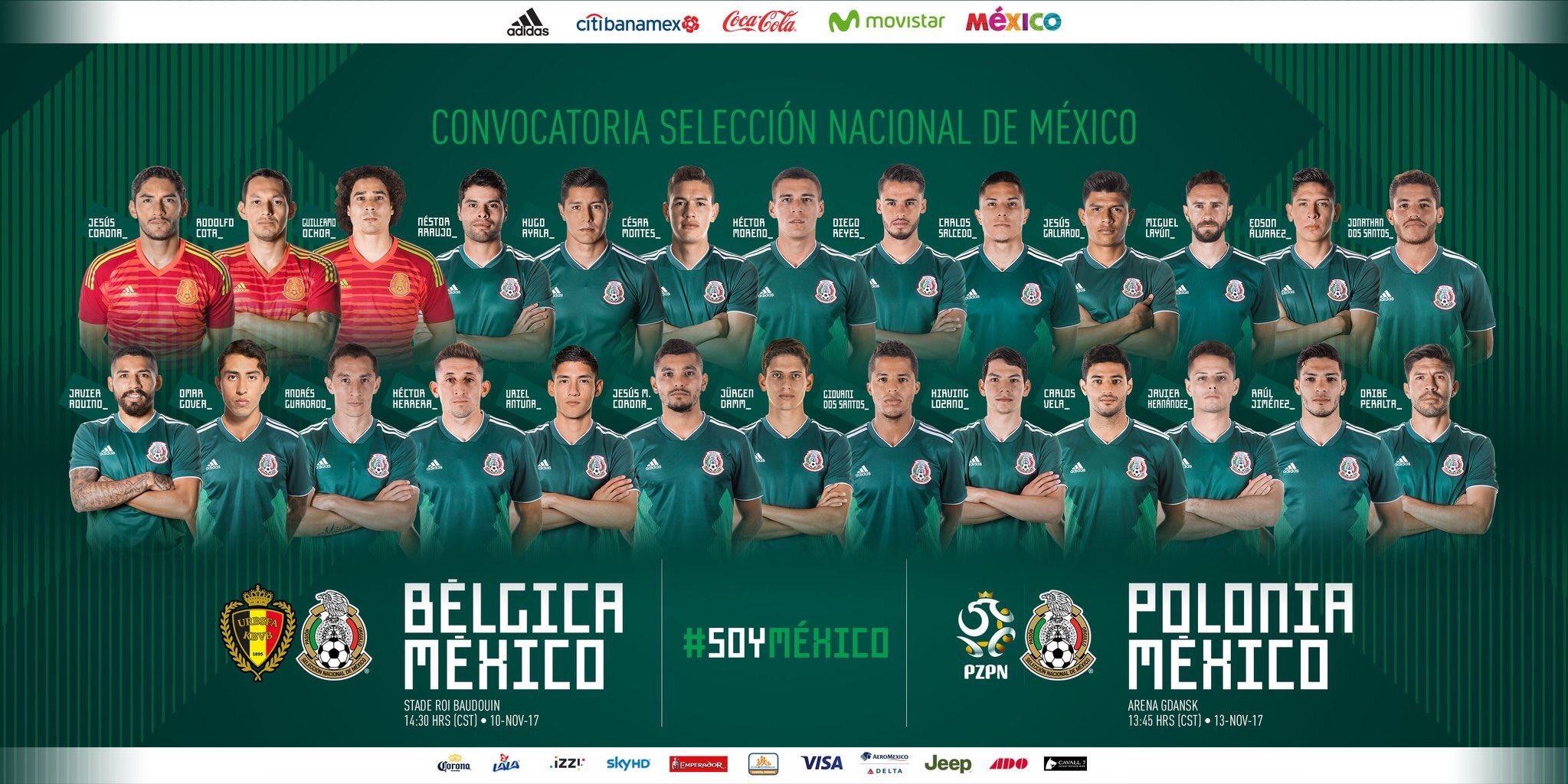 On November 3, the FMF revealed Juan Carlos Osorio’s squad to face Belgium and Poland in two friendlies that are to be played on “the Old Continent” on Friday, November 10 and Monday, November 13. While most of the Europeos and estrellas who have featured on the side retain their place, Omar Govea of Belgian side Excel Mouscron, Uriel Antuna of FC Groningen, and Cesar Montes of Monterrey headline the young players coming into the side.

Govea, a 21-year-old San Luis Potosi-born attacking midfielder currently on loan from FC Porto has already made himself a mainstay of red/whites, making 13 appearances, scoring three times, and impressing many with his dribbling under pressure, passing, and instinctual understanding of game situations.

For Cesar Montes, 20, the Rayados central defender finally gets a look with an El Tri side that’s closer to the first team that Juan Carlos Osorio will take with him to the World Cup.

Uriel Antuna, 20, is playing with FC Groningen on loan from Manchester City, but he has only made three appearances with the Pride of the North‘s first team.

This squad will first travel to Brussels to face The Red Devils, who are ranked in the Top 5 of the FIFA rankings, at the King Baudouin Stadium at 2:45 PM Eastern Standard Time (UTC -5), and then travel to Gdansk to face sixth-ranked Poland at the Stadion Energa Gdańsk.

Here is the full list of players that will travel to Europe for the friendlies.

Mexicans Abroad: Who, What, Where and When
Mexico vs Belgium friendly match preview: El Tri looks to make the most of Friday’s friendly in Brussels
To Top