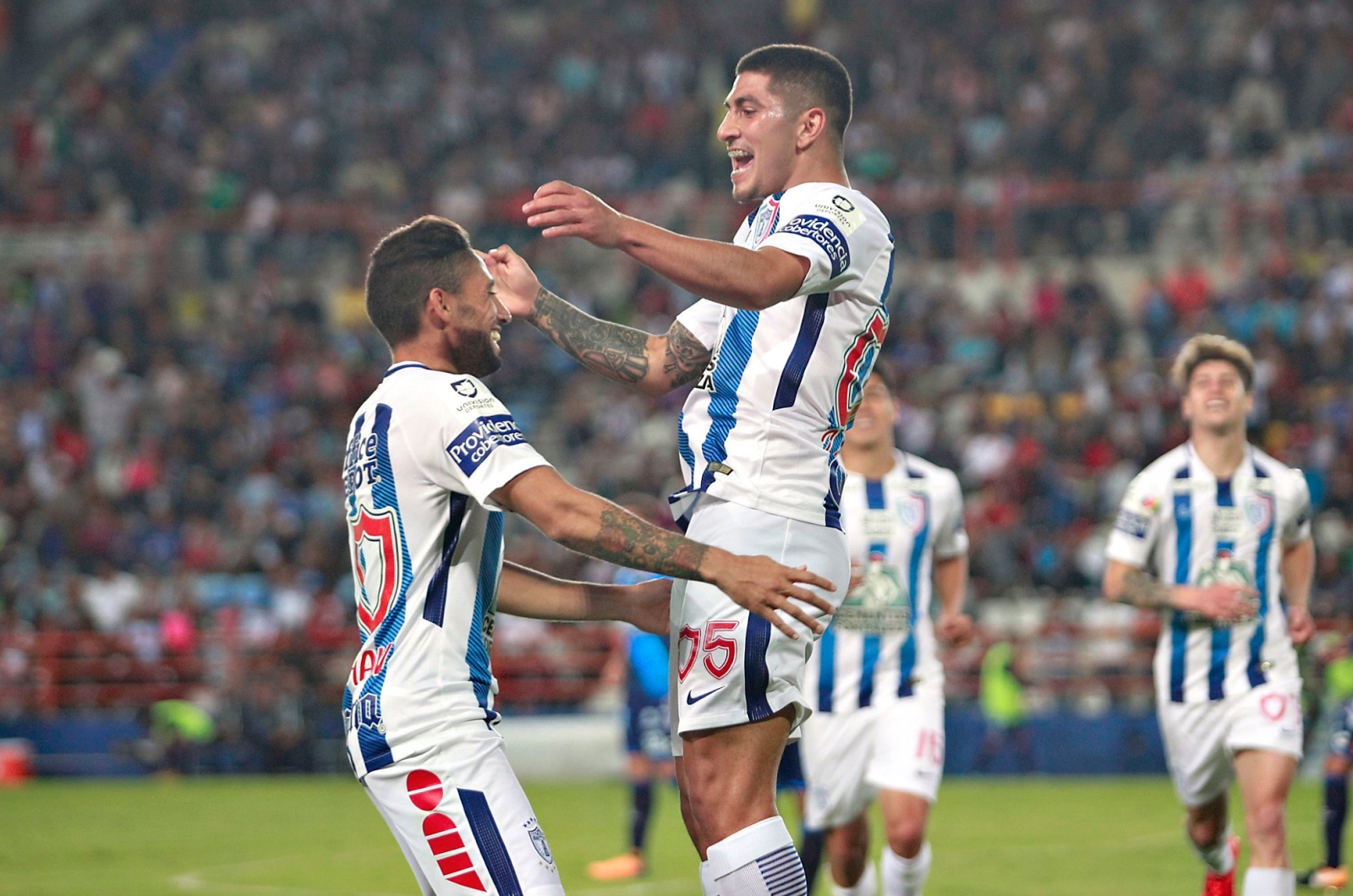 The 2017 Apertura has been disappointing for Pachuca so far. Key players have underperformed, new youngsters have failed to emerge despite Diego Alonso’s attempts, and the Uruguayan’s line-up decisions have been detrimental to performances at times. Dropping Óscar Pérez and playing Erick Aguirre at left-wing are just a couple of examples.

There is one big positive though, the emergence of Víctor Guzmán as a regular goal scorer. Guzmán has bagged eight goals this season, a remarkable 40% of Pachuca’s overall tally for the campaign.

Originally a defensive-midfielder, Guzmán has been used by Alonso in a more advanced, attacking-midfield role since Rodolfo Pizarro picked up an injury at the Rio Olympics, and subsequently left the club. Like Pizarro, Guzmán has been persevered with in the “number ten” role, despite consistent underwhelming displays in the past, failure to qualify for the Clausura play-offs and talented foreign additions in that role being made.

It’s important to acknowledge that, despite his goals, Víctor hasn’t developed into a top all-round attacking-midfielder this Apertura. In terms of creating opportunities, the ex-Chivas man is statistically one of the worst in the division.

Guzmán creates something (key pass, successful cross, dribble or shot on target) 6.46% of the time that he receives possession, well below the league average for attacking-midfielders and wingers, which is 11.34%. Much improvement is required in this regard.

However, Guzmán has found a pivotal role for Pachuca as their main goal scorer, whilst Alonso fails to settle on a regular “number nine”, or even “false nine”. Víctor has become talented at picking the correct moments to make runs into the box.

This ability was displayed in Pachuca’s only goal against Puebla. Alive to the quick-thinking of Jonathan Urretaviscaya, Guzmán found space in the box and headed home the rapidly-taken free-kick.

Pachuca’s number five has also displayed impressive composure and finishing when opportunities are created. With a 33% success rate when shooting at goal, Guzmán is second only to Enner Valencia when assessing efficiency for players that have found the back of the net four or more times in the 2017 Apertura.

There is still much work for Víctor Guzmán to do if he’s to become a more-rounded attacking threat, but his impressive goal scoring has helped keep Pachuca’s slim hopes of a top-eight finish alive. This goal scoring ability has led to many asking for an El Tri call-up. Pre-World Cup friendlies may provide the perfect opportunity for Juan Carlos Osorio to take a closer look at Guzmán.

Nacho Ambríz returns to América and takes all three points

Ambríz’s style isn’t getting anywhere near the most entertainment that could be created from the players at his disposal, but his pragmatic style is proving effective. Necaxa have only lost three times across the season and their regular accumulation of points has kept them inside the top-eight for the majority of the campaign.

Saturday’s win will perhaps be the most enjoyable one of the season for Nacho Ambríz, as it came at his old club, América.

With just 25 goals across their 14 games, Necaxa have ground out most of their result from tight matches, and that’s exactly what they did against Las Águilas. Los Rayos restricted a slightly rotated América side to just two shots on target, and grabbed a winner courtesy of a moment of magic late in the game.

Substitute Jesús Isijara tore down the left-side of the América box, drew out Agustin Marchesín, and delivered a superb cut-back which Luis Pérez headed home. Pérez isn’t regarded for his goal scoring ability but is now Necaxa’s top scorer after grabbing three in two matches.

Necaxa still have plenty of work to do to qualify, but as it stands liguilla pits América and Necaxa against each other again. The sweetest revenge for Ambríz would be knocking his former employers out of the play-offs.

Differences in summer recruitment clear in Monterrey’s win over Pumas

Two sides with completely contrasting seasons met on Sunday, and despite Pumas managing over 20 shots on goal, Monterrey came out on top.

The match highlighted the differences in summer recruitment by Pumas and Monterrey, which has had major impacts on the successes of their respective campaigns.

Rayados got it absolutely right. They wanted an upgrade on Edwin Cardona, and brought in the best possible man, Avilés Hurtado. Hurtado’s been the best attacking player in Liga MX across recent seasons and his all-round talents and direct style make him both a creative and goal scoring threat. He bagged his eighth goal of the Apertura against Pumas.

Get Avilés in the Mexico World Cup squad.

In fact, get him in the starting line-up.

Pumas have also struggled tremendously to find the back of the net. With the exception of five-goal Nicolás Castillo, they’ve scored just six times this season. When Castillo’s been missing, as he was on Sunday, Pumas have usually used Mauro Formica as a false-nine, as they didn’t bring in a backup striker during the summer. Formica hasn’t impressed in this role, although the usage of three defensive-midfielders in-behind him hasn’t helped, as the Argentine has often lacked support.

It’s easy to say in hindsight, but clearly Monterrey’s big move for Avilés Hurtado has paid off, whilst Pumas’ lack of additions at centre-back and up front have cost them dearly. Expect moves in the January window.