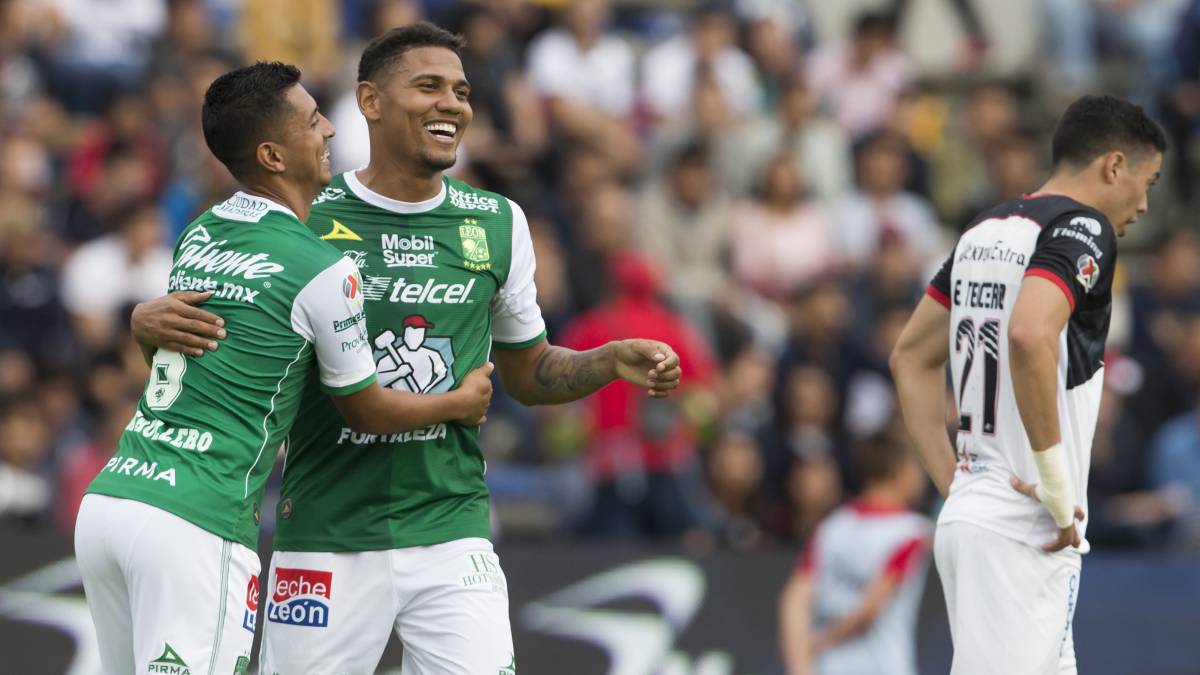 Excellent Elías and brilliant Boselli leading León up the table

There’s an under-appreciation of just how good this León attack is.

Mauro Boselli and Elías Hernández are the stand-out names from the León front-line, and they’ve long been a source of problems for opposing Liga MX defenders.

Boselli has been a phenomenally consistent goal-scorer since joining León from Wigan, averaging a goal every 136 minutes. This season the Argentine, who’s superb in the air, is on for his best goal-scoring campaign, with nine in 11 so far. His aerial prowess was shown when he doubled León’s lead against Lobos.

Elías isn’t the typical Liga MX winger. Not particularly tricky or skilful, Hernández’s creativity comes from his eye for a pass, and remarkable accuracy. His 34% cross accuracy is significantly greater than the league average of 25%, and is the highest success rate for a player that’s attempted more than 40 crosses this season.

Elías is the joint-assist leader in the 2017 Apertura, with six, and has showed he can chip in with goals as well, grabbing a brace in the three-nil victory over Lobos. The first goal being a classy chipped finish.

Mauro Boselli and Elías Hernández have now been directed involved (either scored or assisted) in León previous 14 goals, which is an extraordinary statistic.

They aren’t La Fiera’s only source of threat in attack either. Luis “Chapo” Montes is usually a creative outlet, and in Andrés Andrade they have a very under-rated, and well-rounded attacker.

It’s important to remember that León’s recent form is likely to have been impacted by the positive force that bringing in a new head coach so often has, but with the attacking talent at their disposal, it would be foolish to write off their liguilla chances.

Victory at Pachuca last month suggested that Chivas were getting back to their best, and with the return of Alan Pulido and Carlos Cisneros, Matías Almeyda’s side looked set to make a late push for liguilla. This, has yet to materialise.

Chivas played in two tight matches this week, and lost both to late goals.

Firstly, in the mid-week clash, Chivas fell to a shock home defeat against Lobos BUAP. The Guadalajara side dominated possession (62%) but managed fewer shots than their opponents, and ended up losing to the most remarkable Amaury Escoto chilena.

Then, on Saturday, Chivas went to Monterrey, where they faced Tigres in a re-match of the Clausura final. As they had done on previous occasions, Chivas surprisingly managed to win the possession battle, but as in the Lobos match, fewer shots were attempted.

Chivas looked like they’d at least earn a point from the trip though, until Juninho finished his 95th minute penalty. To make things worse, Alan Pulido was taken off injured early in the second half.

Many expected Almeyda’s men to struggle somewhat in comparison to late season, due to the injuries, a complete lack of signings and loss of squad depth, but few would have expected them to have won just once in eleven games. Liguilla looks a distant prospect.

It’s fair to say failing to replace aged legends has hit Pumas hard this season. Alfredo Saldívar and Luis Quintana (despite his goal on Sunday), haven’t lived up to the standard of performances that Alejandro “Pikolin” Palacios and Darío Verón produced for years. Pumas have conceded the second highest number of goals in Liga MX and now sit bottom of the table.

The latest disappointing result came against Cruz Azul, a “home” match which took place away from the earthquake-hit capital. The match started off well enough for Pumas, as they took a first-half lead against the run of play. But two Martín Rodríguez goals, the second a glorious chip, either side of half time put La Máquina in control.

Felipe Mora then put the result beyond doubt, with two close-range finishes. The Chilean has proven himself to be a classic, and useful, poacher for Cruz Azul so far.

Mora averages under nine passes per 90 minutes, and incredibly low rate, wins a duel once every 50.5 minutes on average and is yet to complete a dribble. Despite his lack of involvement in overall play, Mora has five goals, a more than decent tally.

He averages less than 7 passes and 2 duels won per match, has made 0 dribbles..but has 3 goals.

Considering Cruz Azul’s poor efficiency at finishing chances in the two previous seasons, bringing in a poacher like Mora, who doesn’t appear a great all-round player, but can finish opportunities, appears a very shrewd move. It’s certainly a factor in their improved season thus far.