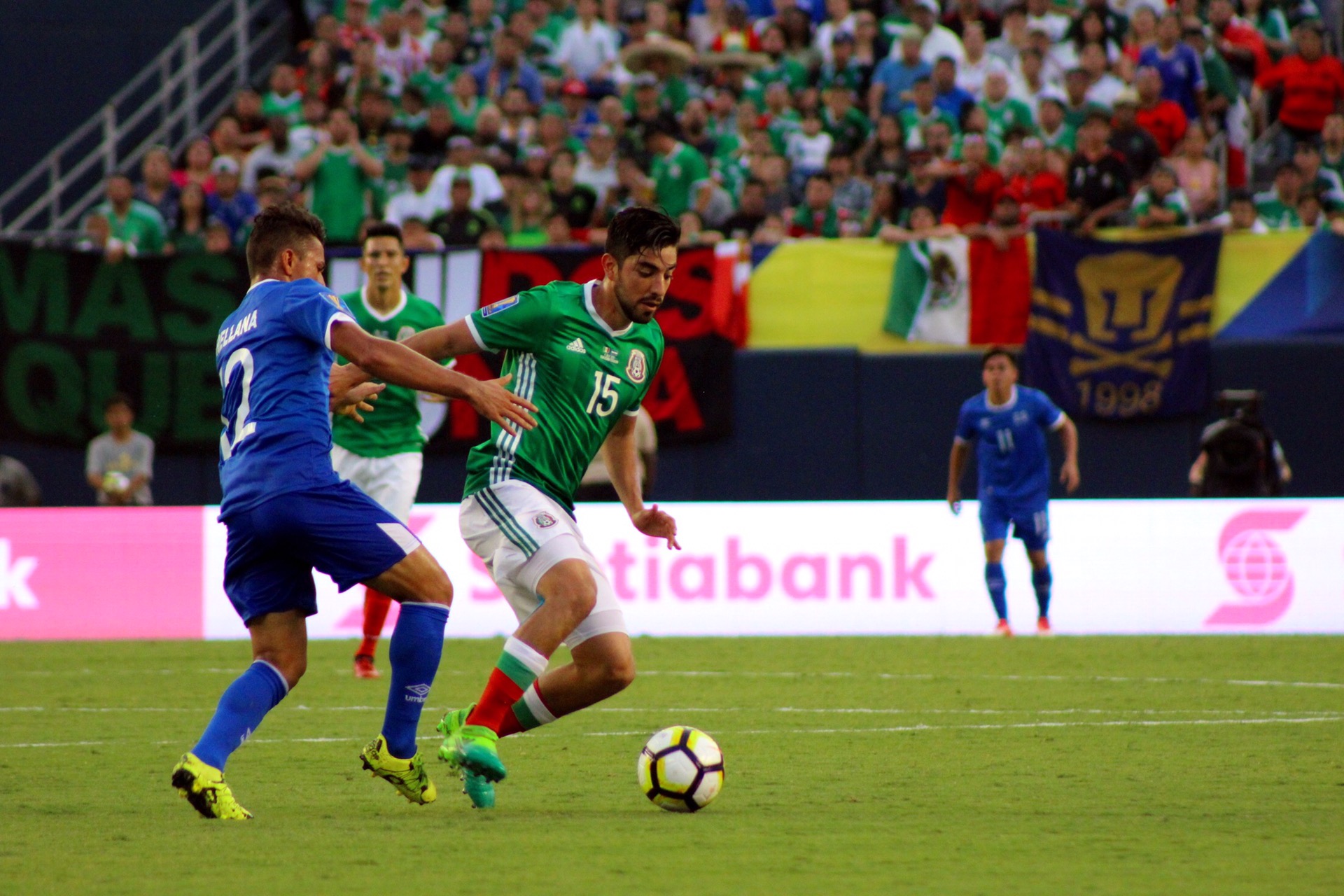 SAN DIEGO, California. In front of a strong crowd and goals from Hedgardo Marin (7′), Elias Hernandez (28′), And Orbelin Pineda (55′),  Mexico opened its Gold Cup with a relatively easy 3-1 victory over El Salvador.

El Tri looked to get their Gold Cup underway against an opponent they had not lost to in eight years.

El Tri, who were in control of the ball for much of the match, turned their possession into a restoration of their lead in the 28th minute, when Elias Hernandez busted an offside trap to volley a Jesus Gallardo diagonal ball past El Salvador keeper Benji Villalobos. However, this was after Gerson Mayen picked off a rollout from Jesus Corona and nearly chipped it into the goal behind the Cruz Azul goalkeeper.

In the second half, after acting manager Luis Pompillo Paez made a change at halftime, El Tri started to turn their possession into overloading pressure on Villalobos’s goal. And ten minutes into the second half, Orbelin Pineda added Mexico’s third goal of the night, finishing a deflected Elias Hernandez cross inside the area.

Elias Hernandez and Jesus Dueñas had a couple of significant chances later to extend the lead, but Benji Villalobos and a Salvadorian defender or two were able to diffuse the chance in time and block the final attempts on goal.

But it was all Mexico (1-0-0, 3 pts) needed to move into first place in Group C. El Tri next travels to Denver, Colorado where they will take on Jamaica (1-0-0, 3 pts) on Thursday, July 13, who dispatched Curaçao earlier in the day.

With their bookings in the first half, Jorge Hernandez and Luis Reyes likely risk a yellow card suspension should they are booked in Thursday’s (late) match.

El Salvador (0-0-1, 0 pts), have now lost five straight Gold Cup matches and now have to face Curaçao with the obligation to get points to avoid elimination despite a relatively fluid display against El Tri..