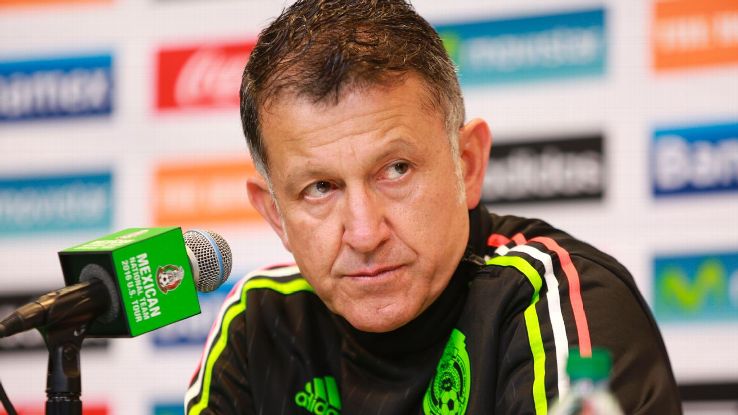 But like the match against Croatia in Los Angeles, El Tri would have little time to acclimatize to their friendly surroundings. A storm forced the team’s flight to Newark International Airport to be diverted to Allentown, Pennsylvania.

These delays were created by Juan Carlos Osorio’s desire to have his side remain acclimatized to higher elevation and train in Denver ahead of their FIFA World Cup qualifiers against Honduras on June 8 and the United States on June 11. Speaking in Denver at a press conference, Osorio elaborated on a confirmed report by Economia Hoy that he had a core of 20 players he was prioritizing to take to the Confederations Cup and that this core including nearly all of Mexico’s current Europe-based contingent. (Carlos Pena is reportedly set to join former Santos Laguna manager Pedro Caixinha at Rangers.)

“We have reiterated, if they are in good health, then Raúl (Jiménez), who is finishing his season very well team, and will Marco (Fabian) will arrive with the team,” referring to the arrival of Raul Jimenez and Marco Fabian to the team and then referring to his core. “We have a group of 14 or 15 very solid players and we will complete as we have always done it, with five or six players from the Mexican league.”

The collective challenge against The Green Army of Ireland will be similar on attack to that against Croatia with some differences. The Irish players will defend more in tighter blocks and packs in general, and will look to recover the ball quickly and look for breaks on the counter-attack.

Unlike the Vetrani of Croatia, the side that Martin O’Neill would bring that would be admittedly experimental might not be malicious in trying to break El Tri off the ball, or cause its midfielders’ and back line problems in trying to defend multiple threats.

El Tri could take advantage of the Irish players’ lack of understanding with each other in a bid to entertain the crowd at MetLife Stadium. But the squad, which also might include a fit Rafael Marquez, knows that it is not only their last opportunity to make an impression before Juan Carlos Osorio makes his cuts. It is also the last time, in a match that does not carry the same significance as a World Cup qualifier or FIFA Confederations Cup, that the team will be able to work on attacking and defending strategies, both new and old.

While Raul Jimenez and Marco Fabian headline the players joining El Tri for the match against the Republic of Ireland, Chivas and Tigres players who participated in the Clausura 2017 Liga MX final who were included in the squad are all set to join Juan Carlos Osorio’s selection in New Jersey, including Orbelin Pineda, Javier Aquino, Oswaldo Alanis, and Jurgen Damm. But Jesus Duenas would not join the contingent in New Jersey, electing to stay back in Mexico to deal with fallout after photos surfaced on social media of the Tigres midfielder being in close contact with a woman who was not his wife while at a party with many of his Tigres teammates.

But history is on Mexico’s side, in four previous encounters with Ireland, Mexico has never lost, winning once and drawing the other three times. That one win came in the 1994 FIFA World Cup.

The match from East Rutherford kicks off at 8:30 PM Eastern DST (7:30 PM Central DST, 5:30 Pacific DST) and can be seen on UniMas and Univision Deportes Network.