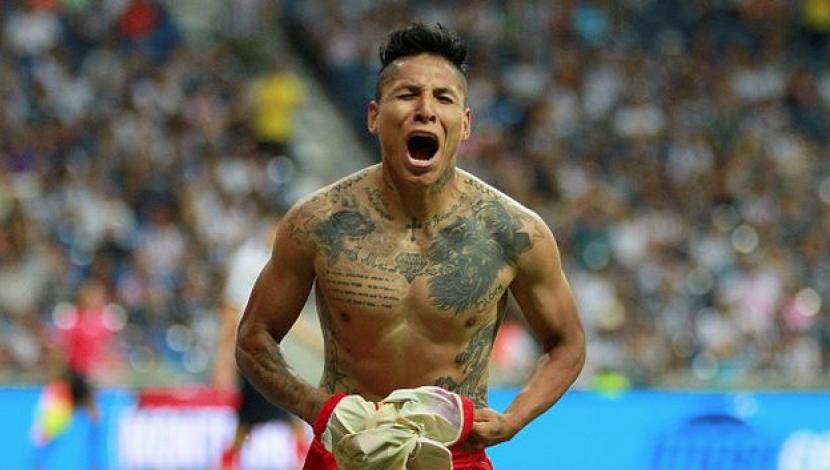 The final week of Liga MX was as thrilling as sport gets. To catch you up on jornada 17, here’s Tom Harrison.

Missed any of the regular season's final round games. How did your team do? Check the results from #J17CL2017 pic.twitter.com/Wlj8y6eFn4

Two clásicos are among the #4trosDeFinal ties in the #FaseFinal . Check to see if your team is playing in one of them. #LigaMXEng pic.twitter.com/v8rzh8KR7l

The greatest final week ever?

Wow. Just wow. It really doesn’t get much better than that.

The nine o’clock kick-offs had potential. Pachuca could spoil América’s liguilla hopes if they won at Estadio Azteca, they needed a two-goal win to overtake Amérca, Chiapas had to win to stay up, whilst Morelia required three points if Los Jaguares won, and could sneak into eighth place. Got it? Good.

The first-halves in all three games set things up beautifully for the neutrals. In the relegation battle, Christian “Hobbit” Bermúdez scored a stunning half-volley to give Chiapas the lead at Atlas, but this goal was cancelled out by Morelia going one-nil up in Monterrey.

Los Rayados dominated the first-half, and had two Jonathan Cristaldo goals disallowed for offside, but Morelia went ahead in the 31st minute. Rodolfo Vilchis ran almost the length on the pitch on a counter attack and crossed for Gastón Lezcano, who swept home.

Meanwhile, Pachuca were doing their bit in Mexico City. Jonathan Urretaviscaya scored two rebound attempts in the first-half, but Morelia’s lead meant this wasn’t enough to move Los Tuzos into the play-offs.

In the second-half, the three games went crazy. All were open throughout the second period, with every side regularly having opportunities to score. Overall, 59 shots were attempted during the three second-halves.

América were the first to shake things up by finding the back of the net. Substitute Manuel Pérez had played just 166 minutes of Liga MX football in his career before Saturday. It took him just seven minutes to turn América v Pachuca on its head. With impressive strikes in the 68th and 70th minutes, Pérez level the tie, putting América back in liguilla.

GOOOOOOOOL MANU PEREZ HAS ONLY GONE AND DONE IT AGAIN

Stunning goal, América in 8th as it stands!! #ligamxeng

The match didn’t remain at two-two for long though. Urreta turned provider as his pinpoint cross was turned home by Oscar Murillo. Cue a mad finale, with both sides needing a goal to move into the play-offs.

In the relegation battle, Chiapas and Morelia were surviving scares, with both seeing their woodwork struck during the second-half. Chiapas had a fair few chances to wrap up their three points, but missed all of these.

Then, in the 84th minute, a massive moment. Emanuel Loeschbor clumsily fouled Rogelio Funes Mori, and a penalty was correctly awarded. Dorlan Pabón stepped up and scored, putting Morelia in the Ascenso, and América in liguilla.

It looked like that would be the final twist in an extraordinary night, as Los Rayados appeared the more likely to find a winner, and could have won another penalty in the final minutes.

But Liga MX had one final piece of drama up its sleeve. With Vilchis given time on the right-wing, he picked out Miguel Sansores who made a run to the near post, and flicked the ball on. Sansores’ run drew Nicolás Sánchez towards him, and left Raúl Ruidíaz unmarked. The Peruvian stretched towards the ball, and managed to make just enough contact to beat Hugo González, win the match, and save Morelia from the drop.

Morelia’s goal meant heartbreak for Chiapas, who were relegated despite winning at Estadio Jalisco. It was also disappointing for América, who miss out on the play-offs for the first time since 2011. Fans of both sides know plenty of change is to come in the next month or so.

Supporters of La Monarquía can look ahead with excitement though. Next season they lose their awful points tally from 2014/15, so shouldn’t be part of the relegation battle, and in the immediate future, Morelia have a chance to win the league. If they did, it might go down as the most extraordinary sporting story of all time.

I'm not sure I'll ever see a greater final day in a football league.

Tigres wrap up liguilla spot with thumping win at Querétaro

For much of the campaign, Tigres looked like they’d miss out on liguilla, as they failed to score on too many occasions.

All that has changed in recent weeks. Tigres have won four of their last five, banging in 15 goals in the process.

Tuca Ferretti’s side went into their game at Estadio La Corregidora knowing three points would be enough to wrap up a play-off spot, and they eased to victory.

An early two-goal lead, including “Chaka” Rodríguez’s golazo settled the nerves. Camilo halved the deficit early in the second period, finishing a brilliant team move, but quick responses from Ismael Sosa and André-Pierre Gignac secured the game for Tigres.

Then, Luis Rodriguez doubled the Tigres lead with this GOLAZO in minute 13. #LigaMXEng ? #J17CL2017 pic.twitter.com/19VwxCBGeC

Gignac had been off-form for much of the campaign, but heads into the play-offs full of confidence having wrapped up his hat-trick in the 78th minute.

Tigres are certainly a side to be feared in liguilla, but it would be hard to describe them as favourites. Ferretti’s men have benefitted from poor defending and tactical errors in recent weeks, and lost to Monterrey in the recent Clásico.

All style and no substance made Chiapas a relegated team

Under Sergio Bueno, Chiapas were a delight to watch. Their football was quite ridiculous at times, with a commitment to playing out from the back, plenty of tricks and flicks, exquisite play in tight spaces and perhaps the best fluid, short passing game ever seen in Mexico.

Chiapas had remarkable style, but no substance.

Whilst their attractive moves often took Los Jaguares from tight spaces to open parts of the pitch, there was rarely an end product. Chiapas scored just 27 times across the 2016/17 season, making it strange to claim they’ve been one of the best sides to watch this season.

Defensively, Sergio Bueno and José Carodozo’s teams, were even worse, with 58 goals leaked in the Apertura and Clausura. Whilst Chiapas must be applauded for their ambitious, attacking line-ups, and fluidity when in possession, it left them far too porous at the back.

Transitions regularly hurt Los Jaguares. One pass was often enough to break through their high-line, and with slow centre-backs like Aquivaldo Mosquera and Félix Araujo in the side, through balls were often fatal. In the end, it was their goal difference which proved to be the difference in the relegation, that’s why Chiapas finished below Veracruz.

Bueno was also unfortunate with some injuries during the Clausura. The absences of Joanthan Fabbro, Dieter Villalpando and Luis “Quick” Mendoza led to a mid-season slump, just when Chiapas looked like they’d have enough to avoid the drop.

Ultimately though, it was the lack of substance which has resulted in Chiapas dropping out from Liga MX, which is a great shame.

Miguel “Piojo” Herrera has enjoyed a superb season in Tijuana, whatever happens in liguilla.

Xolos have finished as supérlíder in both the Apertura and Clausura, proof of their impressive consistency throughout the campaign. If Liga MX adopted a European style system, with a single season and no play-offs, Tijuana would comfortably be champions.

The final #ligamxeng table if there were no liguilla and a single season, including points comparison to 2015/16 pic.twitter.com/rkf0iTM707

Tijuana’s squad is full of quality, in particular the two of the stand-out players of the season; Guido Rodríguez and Avilés Hurtado. But so much credit has to go to Herrera.

During the Apertura, Piojo managed to create an ultra-fluid attacking system, without giving away defensive solidity. Hurtado, Dayro Moreno and Gabriel Hauche regularly switched between playing out wide and as attacking midfielders, which made them so difficult for opponents to pick up. Despite the regular position switching, the three always understood their defensive duties.

For the Clausura, La Volpe lost two of that trio; Hauche and Moreno. Many expected Tijuana’s performances to drop.

But Los Xolos have once again topped the table. Ignacio Malcorra, Joe Corona and Paul Arriola have all stepped up with impressive displays, and Herrera was successfully able to rotate between formations throughout the season. Piojo has used a 4-3-3, 4-4-2 and even 3-back systems during the Clausura. Winning points whilst regularly alternating the formation is no easy feat.

Furthermore, has been able to give opportunities to youngsters like Carlos Vargas and Hiram Munoz.

Liguilla will ultimately decide how much this team will be remembered, but even if Tijuana do lose in the quarter-finals, Herrera has proven that he’s a top coach once again.

With Ricardo La Volpe out as América coach, there are plenty of question marks over the future of Piojo. A return to América after liguilla seems likely.

Liga MX Clausura 2017 Where to Watch Jornada 17
GENTLEMEN’S AGREEMENT Will it be a Tigres +7 Liguilla?
To Top