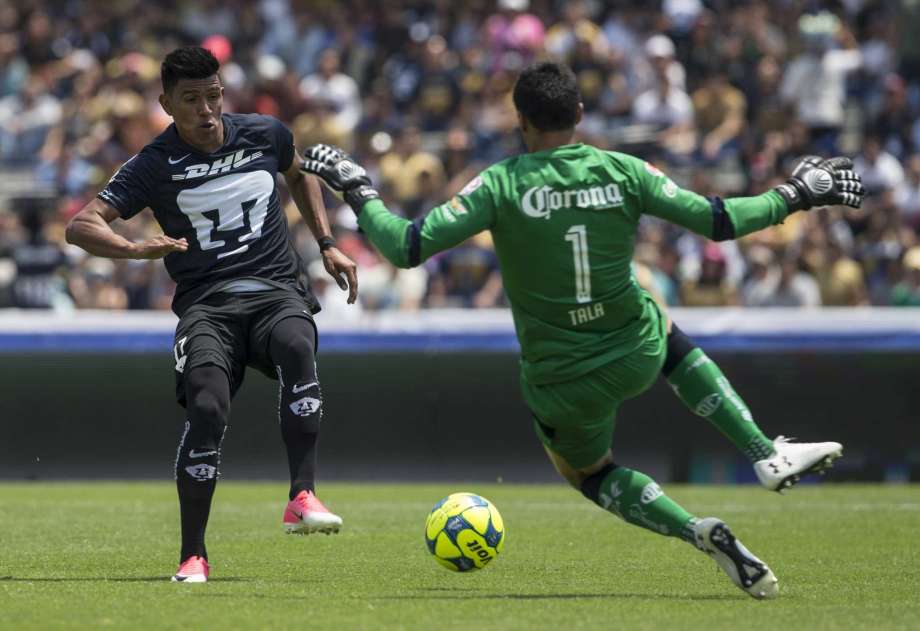 Tom Harrison has all the results, headlines, analysis and the golazo from jornada 13.

Did you miss any of the games? How did your team do? Check the list of results from #J13CL2017

In a game which Pumas dominated, Toluca had both goalkeepers to thank for the victory. Whilst opposing keeper Alfredo Saldívar’s error was fully taken advantage of by Carlos Esquivel, Alfredo Talavera produced a really special performance.

Tala made seven saves in total, including an extraordinary triple save during first-half.

It was the sort of performance that reminded everyone of just how good Tala is when on form. The Toluca legend hasn’t always played as well for country as he has for club, but he’s still at least Mexico’s second best keeper.

In a packed summer, it would be a shame if Talavera’s talents were wasted as nothing more than backup to Guillermo Ochoa. Taking Tala as first choice keeper in the CONCACAF Gold Cup might be a better solution.

León remind everyone of their class in thrashing of Veracruz

La Fiera have greatly underachieved this Clausura, but reminded everyone of how strong a side they are, managing 13 shots from inside the box in a dominant performance against relegation strugglers Veracruz.

Los Tiburones Rojos managed to hold León at bay for 72 minutes, but when Mauro Boselli’s header ended up in the back of the net, the floodgates opened. León racked up three more goals during the remainder of the match, with Elías Hernández bagging two of them, and setting up the other. This performance from Hernández came just a week after he grabbed the winner at Tigres.

After two wins in two, León may just have a chance of repeating last season’s feat, and sneaking into the play-offs. Veracruz, meanwhile, will need to rely on home form if they are to stay up. They’ve lost all seven on the road this season, scoring just once in the process.

This tweet is possibly the best description of why Liga MX is so great. You are always on the verge of seeing something special or seemingly impossible, and that’s exactly what happened late on Saturday night.

After fighting back from a shock two-nil deficit to level up their home game against Puebla, Chivas found a 93rd minute winner in the most extraordinary of circumstances.

Carlos Fierro was just resting on the post, but wasn’t noticed by Cristian Campestrini, and pounced. He then had the class and composure to beat the Puebla keeper, and win a crazy game at Estadio Chivas.

A recent FutMexNation article, looking at Liga MX stats, found that Querétaro haven’t been performing as well as results have suggested. Los Gallos Blancos ranked lowest on shots taken and conceded, corners won and conceded, and had fewer possession than every other Liga MX side bar Veracruz.

There were two reasons why Querétaro had moved into play-off contention under Jimmy Lozano. Tiago Volpi, who’s made the highest number of saves in Mexico’s top flight, and remarkable efficiency in front of goal. Before the Atlas game, Querétaro had scored once every four shots during Lozano’s reign.

Under Lozano, Querétaro have been 4 1/2 x more efficient in front of goal than Cruz Azul

Both deserted them on Saturday. Volpi made just a single save, and 15 shots on Miguel Fraga’s goal led to just one hitting the back of the net. Atlas tore Querétaro apart and ran away with a four-one victory, leaving Los Rojinegros looking much stronger candidates for liguilla.

Atlas have gone under the radar for much of the season, but José Guadalupe Cruz deserves a fair amount of praise for the side he’s built there. Switching to five-at-the-back was the key move from Cruz. This has allowed wing-backs Luis Ricardo Reyes and José Maduena to push forward with more freedom, and the pair have thrived.

Atlas’ front two, Matías “Chavo” Alustiza and Martín Barragán showed signs of a developing partnership on Saturday, whilst Daniel Álvarez and Clifford Aboagye provide plenty of creativity from the midfield. Alongside Santos Laguna, Atlas are dark horses for the season.

Clifford Aboagye. A fascinating signing, and now, a real asset for Atlas. Tons of creativity from midfield. #ligamxeng

Tactic change has been disastrous for Pachuca

Pachuca have been one of the most exciting teams to watch in Liga MX for the past few seasons, with interesting young players and attractive, attacking football. But in their previous two league games, Los Tuzos haven’t scored. On Sunday, they didn’t even manage a shot on target against Santos.

This has come after a tactical shift by Diego Alonso. Alonso has stopped playing with a striker, instead using Víctor Guzmán as a very deep-lying ‘false-nine’.

Pachuca have carried very little threat when going forward since playing this way. Guzmán, who’s hard-working, but more of a defensive-minded player, offers little going forward and doesn’t provide a target or a focal point for Pachuca attacks.

Alonso’s decision to play Guzmán here is highly bizarre. The most logical explanation is that the Pachuca boss wants to fit 20-year-old Erick Aguirre into the first-team, to aid his development. With Los Tuzos just a point ahead of ninth-placed Pumas, Alonso can’t afford to sacrifice his side’s attacking threat in order to play a youngster. 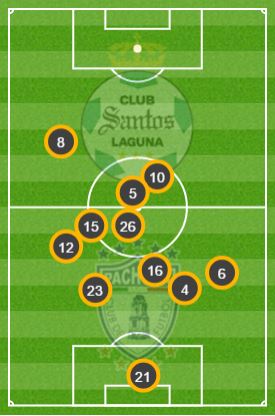 It’s not like Alonso didn’t have striker options available either. Yes, Franco Jara was missing, but Braian Rodríguez, an experienced forward, and Juan José Calero both came off the bench. 18-year-old Calero is arguably a more exciting prospect than both Guzmán and Aguirre, and would have provided more threat for Pachuca.

To add to Pachuca’s misery on Sunday, Hirving Lozano was sent off for a petulant kick-out. “Chucky” now has one red and five yellow cards this season. Perhaps it’s time to stop moaning about getting fouled.

Liga MX Clausura 2017: Where to Watch Jornada 13 and Jornada 10.
The Bold GOAT: Return of the Prodigal Son
To Top