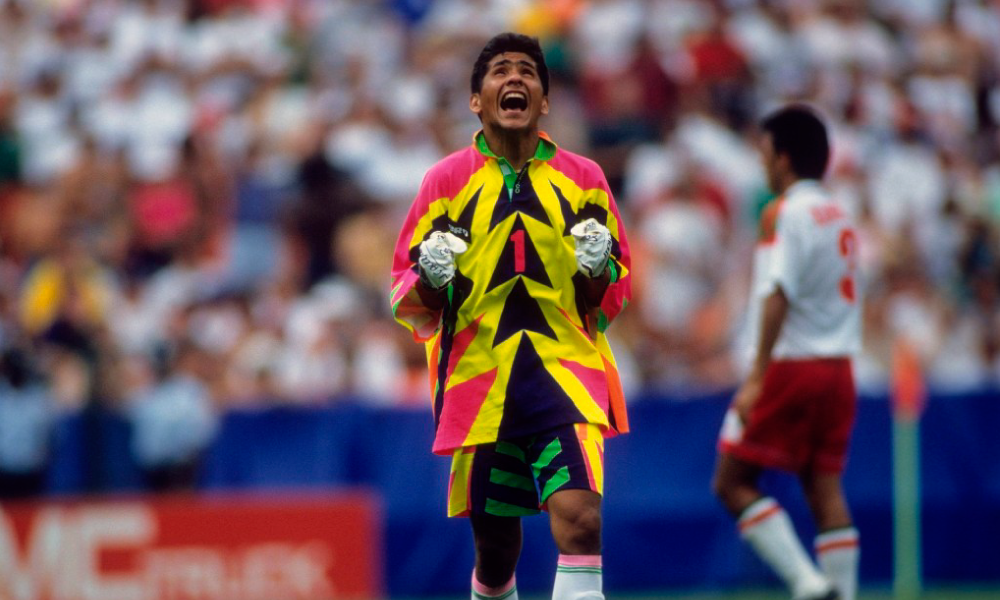 FutMexNation (FMN) is proud to welcome Mexican National Team Legend Jorge Campos as its first-ever honorary President.
“El Brody”, as he’s nicknamed, is one of the most iconic players to ever wear the Mexican National Team jersey. He totaled 130 international games and played in three World Cups (USA 1994, France 1998 and Japan–Korea 2002) for “El Tri”. He spent his club career playing for 4 different LIGA MX clubs and 2 different MLS clubs.  He was widely regarded as one of the best goalkeepers of his generation and his self-designed colorful goalkeeper outfits contributed to his perpetual global popularity.

President Campos will be in constant interaction with the FMN community doing Facebook Live sessions, participating in a weekly Liga MX Pick’em game (known as “Quiniela”) as well as special personalized sections such as Kickin’ it with Campos where fans can ask Jorge a wide range of questions about soccer or just about life in general. The Campos’ Challenge will feature the Mexican Legend daring players, legends and celebrities to beat him at specific games.

“Mexican Futbol has, by far, the best fans in the world and I’ve had the privilege of experiencing this first-hand. The passion that fans have for the game, both for Mexico and Liga MX, is second to none. I want to continue being actively involved and help spread the message. I’m convinced Fut Mex Nation is the vehicle that not only connects us to all things Mexican Futbol but that also caters to a very large audience. I’m very excited and looking forward to some amazing things.’ Said Jorge Campos.

Where to Watch CONCACAF World Cup Qualifying: 24 March – 28 March 2017
GENTLEMEN’S AGREEMENT Will it be a Tigres +7 Liguilla?
To Top