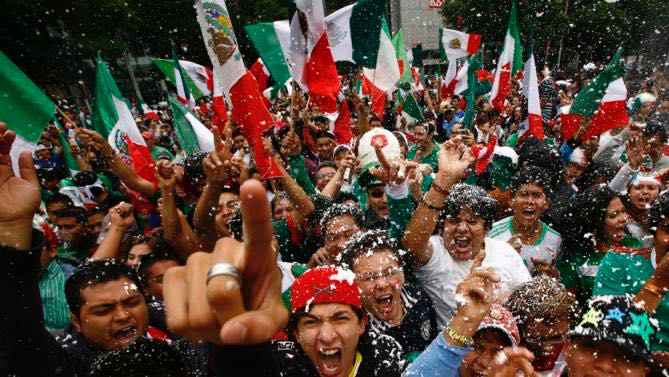 The upcoming qualifiers could have repercussions for those on the field as a result from those on the outside. It looks like it might be the last game for Mexico  in the mythical Coloso de Santa Ursula…. At least for a while. FIFA’s governing body will be once again looking at fridays  game vs Costa Rica to see if fans of El Tri violate its disciplinary code with the alleged homophobic chant “Ehhhh, Puto!”

This is not Mexico’s first time dealing with sanctions regarding the goalkeeper chant. Since 2014 the international governing body has slapped the Mexican Football Federation with sanctions five times totaling over $100,000  due to its fans’ attitude. The most recent fine came after Mexico’s draw versus Honduras during the last round of World Cup qualifying.

According to an article written by Ivan Perez, a Forbes Mexico contributor, Mexico is on its path to be sanctioned with a 1 to 3 game stadium ban. This would mean Mexico would likely move its games to other stadiums around the country. “If you look at Chile, who has had similar problems with the governing body, there were financial sanctions in the first six violations, then came the stadium ban” writes Ivan.

It is no question that the fans will continue to use the chant against the “Ticos” this friday. No matter what the consequences, many fans still believe the expression is part of the Mexican “picardia”. To many, it  has has no homophobic intent, but rather it is simply part of Mexico’s popular lexicon.

But could this chant be costly for Mexico in regards to qualifying? Looking at FIFA’s statutes, specifically article 57, the punishment for breaking its discrimination stance could very well affect Mexico’s chances this year. The penalties aren’t specified but it’s at the discretion of the governing board to infract with a wide range of punishments. From playing a match without spectators to playing a match on neutral territory or even deduction of points, Mexico could be in some trouble if it’s looking to qualify directly to Russia 2018.

The irony is that the nightmare of 2013 could come back to haunt El Tri once again this hexagonal year. Four years ago the main story was centered around the players and the coaching staff and the poor display on the field. Now the roles are reversed as players and the staff are looking to the fans hoping their actions do not cause a panic this time around.