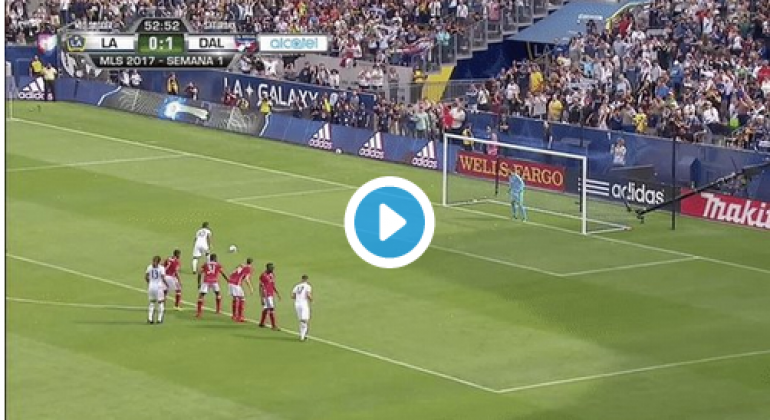 Gio Dos Santos is the main man now for LA Galaxy. No more Robbie Keane, no Landon Donovan, no Steven Gerrard. If ever there was such a poster boy for LA Galaxy, for both US and Mexican soccer fans, Gio meets all the criteria. In the team’s 2017 MLS season opener against FC Dallas, the team would rely on his leadership in the offense. There wasn’t a lot of action for Gio up top in the first seven minutes but after the rest of the team finally found their footing, Gio was able to create opportunities leading to goal. He had a great play with fellow teammates Brian McBean and Alessandrini in the 11th minute but nothing came of it. Nothing ever really did. Even when Gio finally had a breakaway chance from McBean’s pass in the 30th minute, he failed to create some space for himself and forced a goal kick for FC Dallas. When the first half ended, it was still scoreless between the two teams. Gio had 90% pass completion. But for fans and the media, passes aren’t enough. That won’t win games.

When the second half started and FC Dallas came out with a goal from Urruti in the 46th minute, something had to come from the team. Something had to come from LA Galaxy’s new poster boy. So when McBean was able to secure a penalty kick in the 51st minute of play, Gio ran to get the ball. This was his penalty to shoot. This was his goal to score and he was able to equalize the match. He began to ask for the ball more and looked for the open spaces to get the ball. When his fellow teammates wouldn’t pass him the ball, frustration kicked in again. He gave a corner into the goal to Jermaine Jones but nothing came of it. Couple free kicks here and there from him as well and again nothing.

Then FC Dallas scored again in the 69th minute of play from Acosta and things did not seem to get any better. There were a few more chances during the second half but in parallel to the first nothing came of them. The whistle blew and Gio headed straight for the lockers. He had been all over the place for the team; even at one point traveling all the way back to his own goal to help defend. Despite former LA Galaxy coach Bruce Arena’s original plans of having him be the “new number 10,” new coach Curt Onalfo had him more towards the midfield. He was assigned the striker position but the situations that transpired during the game forced him to be flexible making Gio’s role up front even more crucial.

It was a bad first impression for the LA Galaxy. The lack of experience on the team was apparent in every part of the field. The loss shed light especially on the defense and the inability for some of the newcomers to communicate with veterans like Captain Jelle Van Damme.

There is still a lot of work to be done for the LA Galaxy but from an individual standpoint Gio Dos Santos’ performance met expectations. He is still a big fish in a small pond and there might still be critiques from outsiders who say he should have never gone to the MLS but his leadership is necessary if LA Galaxy wants to success this year. Most importantly if the team wants to have realistic aspirations of winning another MLS Cup. It also should be stated that a leader being formed with his club team will transpire to leadership with the national team and with qualifiers coming up, that is the exact motivation Gio needs to have.